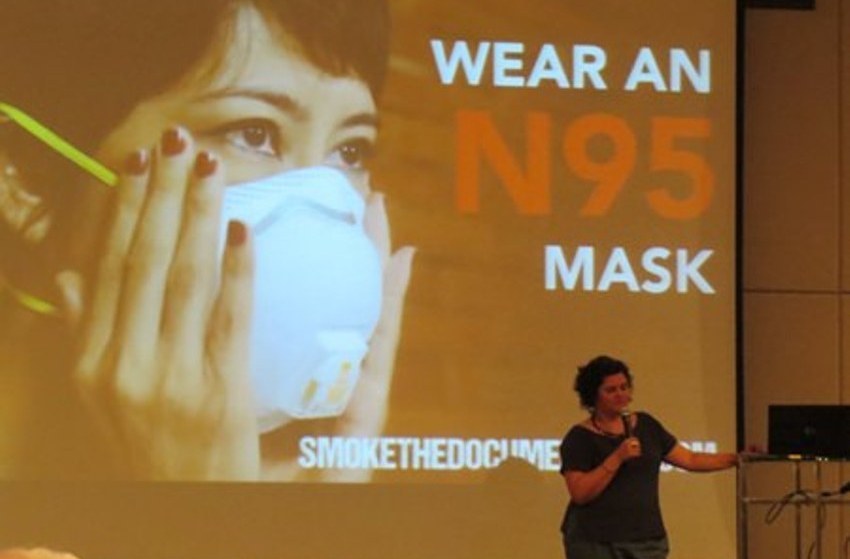 Photographer and filmmaker Marisa Marchitelli is working on a sequel to her powerful video “Smoke” she produced in 2015. Smoke: a crisis in northern Thailand continues to be one of the best overviews of haze the situation.

Much new data has emerged since and Marchitelli believes it is time for a sequel, CityNews reports.

“Five years after the 2015 film and we have the worst burning ever,” said Marchitelli. “All of the efforts that are going on to solve this problem seems to have led to only more confusion. Five years ago there was a clear problem in the a lack of effort, now you can’t say that.

This issue is being tackled by so many people but I do wonder at the lack of coordination. There is so much going on and I want to figure out what the situation is now and what has changed since then.”

Marchitelli’s Smoke: a crisis in Northern Thailand has been viewed in almost every school and university across Chiang Mai as well as having generated and inspired media coverage and various initiatives over the years.

Link between air pollution and COVID-19

“Five years ago no one knew what PM 2.5 was,” said Marchitelli, “and now we have signs up in the city showing real levels. Policies have been implemented and there is widespread AQI awareness. But I think that I can say that pollution is still a very confusing issue and it make me wonder why.

Like the firefighting efforts this year. There have been so many groups and so much fundraising and it makes me wonder whether we are doing it right, whether it is all coordinated to maximum effect. I don’t know. But thorough this new film I hope to find out and perhaps offer some clarity.”

“Then there are all the studies which are showing the link between air pollution and COVID-19. That really got my attention and made me want to explore the issue further.”

If you or anyone in your family has experienced exacerbated health issues from the pollution. Especially the vulnerable such as children or the elderly, Marchitelli would very much like to interview you for her sequel.

She is able to do the interview in person or on Zoom.

Please get in touch with her on the Facebook page: Smoke: a crisis in northern Thailand.