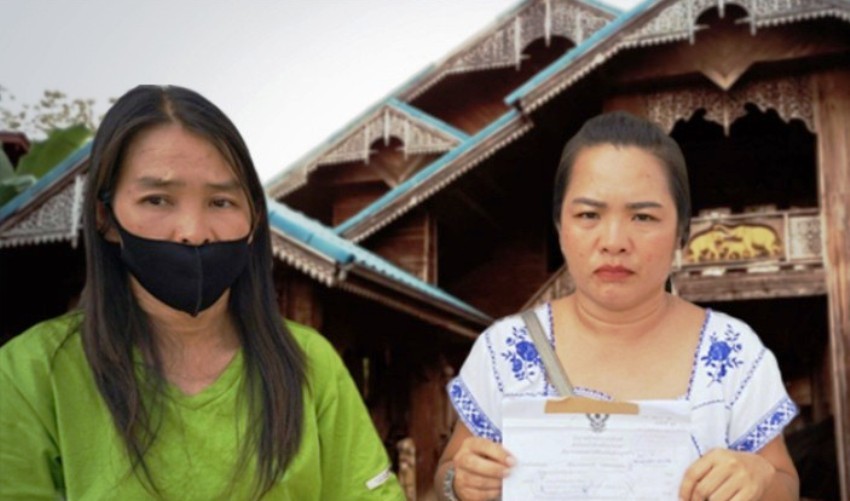 A family in Northern Thailand’s Phrae Province is pleading for help after their home was seized and sold for Bt2 million to pay off a $549 student loan debt. The family has filed a complaint with Damrong Dharma Centre.

The complain comes after the family received a letter from the Phrae Legal Execution Office telling them their house had been sold at public auction for more than Bt2 million. The sale was initiated to payoff a small student debt.

Kornthip Wongtawan explained that her sister had taken a loan to study at the Phrae Agricultural College.

The family then received the letter from authorities telling them the property was being sold. However, neither her parents nor her uncle can read, so they sent a copy of the letter to the sister.

After reading it, she hurried back home only to realize their house had already been sold.

The family was shocked and didn’t understand the move. Even more since the house belonged to the father, not the indebted sister. The father’s house is also the largest house on the family’ land.

After filing the complaint, the sister said she will now visit the student loans office in Bangkok.

Asia One reported both refused to talk to reporters on why the house was sold over such a small student loan debt.

The Damrong Dharma Centre centres provide a “service link” for people with problems can lodge an appeal to the centre. It will then contact a relevant organization or department to solve the problem.

A key element in the Damrong Dharma centres‘ success and re-emergence is the support they get from the Government and the Interior Minister.

Despite considerable success since the re-emergence of the Damrong Dharma centres since the military coup they still have many shortcomings. Furthermore the centers need financial and legal backing if they are to achieve their noble goal.

There is a limit to the centres’ scope as certain problems are beyond their capability. Most of the issues the centres can solve are “bread and butter” daily problems.  Cooperation between public organisations is key to the success of Damrong Dharma centres.