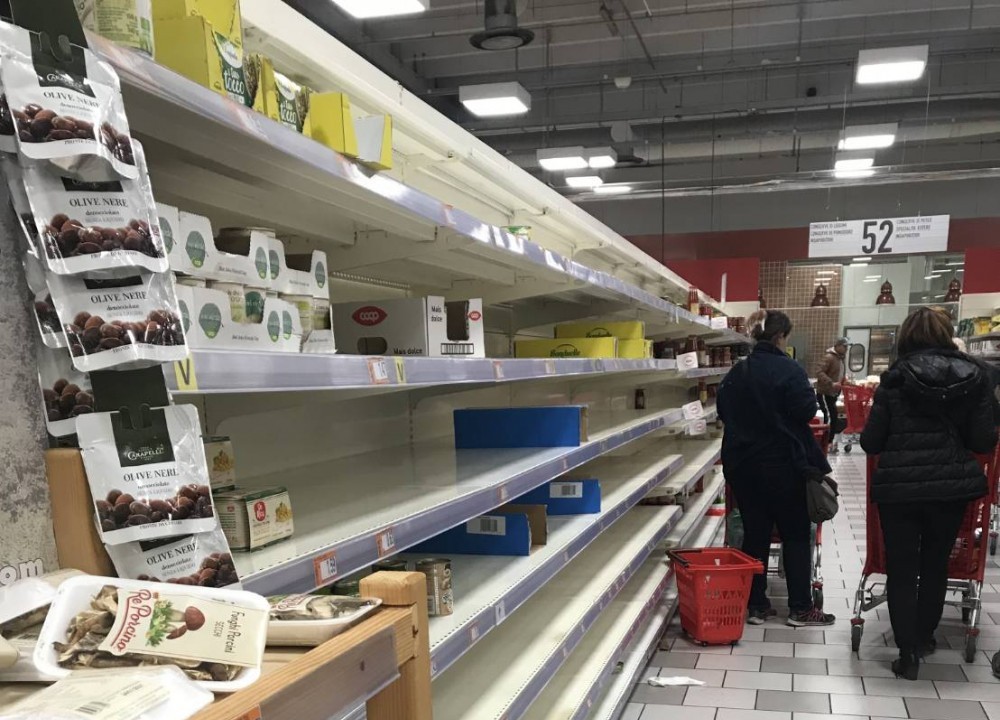 Thai shoppers have left supermarkets with empty shelves across Thailand due to fake Covid-19 news being forwarded on social media sites. After receiving the fake news information they headed to the nearest supermarket to stock pile supplies.

The forwarded message on social media sites stated in Thai “A nurse in Siriraj Hospital walked over to me and said that I should start stocking food. The nurse just came out of a conference stating that Thailand was going to be shut down. The news will be officially announced next week, they even warned the nurses to prepare food. I have confirmed the information with the hospital. This is inside news, wait till you hear the announcement”.

The social media sites post was later confirmed not true by Assoc. Prof. Jessada Denduangboripant from Chulalongkorn university. The professor said “Fake news about the Coronavirus is still coming out regularly. The voice clip and a picture of a middle-aged woman who claimed that Thailand will be on shut down next week are not true.

It’s possible that the woman in the picture was used against her will and she might not even be Thai. Don’t panic from rumors or fake news on the Covid-19. Above all don’t believe everything you hear on social media sites.

Shoppers rushed to supermarket to buy foods such as instant noodles, sauces and canned food have disappeared from the shelves in many supermarkets as many shoppers seek to plan for shortages.

On Sunday Prime Minister Prayut Chan-o-cha appealed for calm as escalating fears over Covid-19 were driving people to stockpile food and other daily necessities.

“We are not at a stage where we need to stockpile food,” Gen Prayut said after a meeting to address the growing spread of the coronavirus in the country.

Gen Prayut also said he called the meeting to fight the virus and bolster public confidence. Furthermore to find measures to solve problems ranging from mask shortages to monitoring systems.

He also signed an order to transfer Internal Trade Department director-general Vichai Pohanakit to a vacant post. The transfer comes after the agency had failed to tackle the mask shortages and inflated prices.