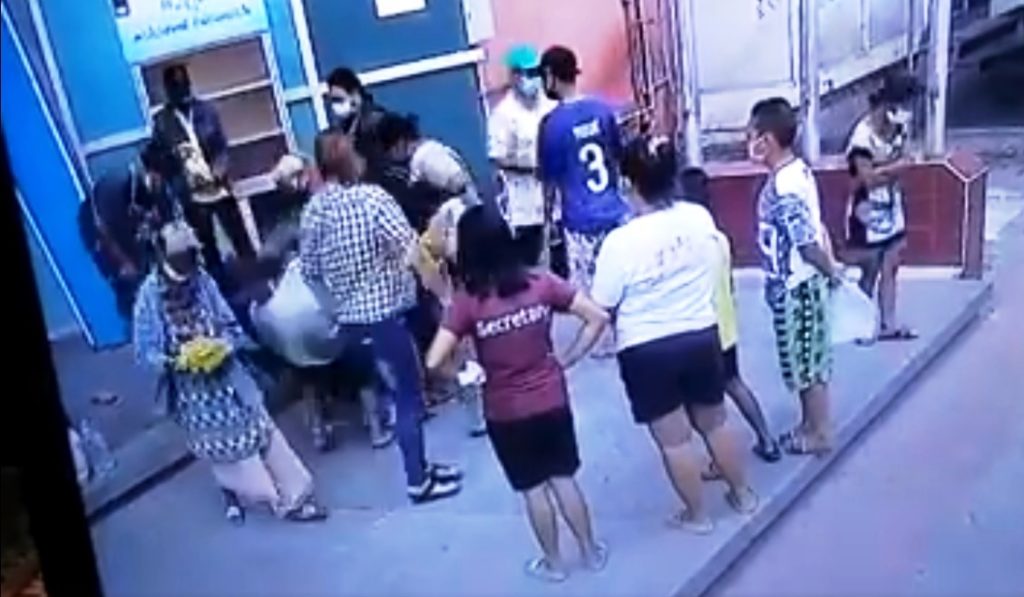 As “Community pantries” continue to rise in Thailand some Thai netizens Thai are asking whether it is worth donating food. The netizens comments come after another footage surfaced on Facebook of all donations being looted went viral.

A Video clip went viral on Facebook showing a group of people looting a community pantry in Nakhon Sawan. It was shared on Facebook by user Akarapong Wongphaisal on Monday (May 11).

Though many donors voiced their frustration over such behavior, others said they will continue donating food during the covid-19 pandemic.

Images people stripping the community pantry of food bank of food and water in Ubon Ratchathani province were also widely shared on social media on Sunday.

Community pantries have popped up in at least 51 provinces and thankfully most are looted by greedy people.

Mr Supakit, an independent business consultant, is part of a volunteer group called Little Brick. Which is promoting the idea of community pantries across the country.

He first floated the idea on his Facebook page on Thursday. His team then set up roadside cupboards on Sukhumvit 71, Phetkasem 54, Soi Vibhavadi 60, and at Bang Kholaem Market in Bangkok, as well as in Rayong.

Typical items placed inside the pantries include rice, fruit juice, milk, eggs, instant noodles and water. Mr Supakit said there was no need for people to flock to the pantries created by his team.

Anyone can set up their own community pantries “A community pantry has no ownership. Once it is set up, it belongs to that community,” he wrote. “None of the items belong to us once we put them in the pantry.” He suggested fresh food should not be put in a pantry as it spoils quickly.

He also warned people against “killing the goose that lays the golden eggs”. According to the folk tale, the owner kills his precious animal in the hope of retrieving all the treasure in one single go. Blinded by greed, he refuses to wait for the single golden egg she provides each day.

But, after slaughtering the goose, he finds no sign of the golden eggs in her belly.

He urged locals to educate others in their communities so they see that selfishly exploiting the free pantries will hurt everyone.

Man Threatens to Jump from Power Pole Over 5,000-Baht Payout