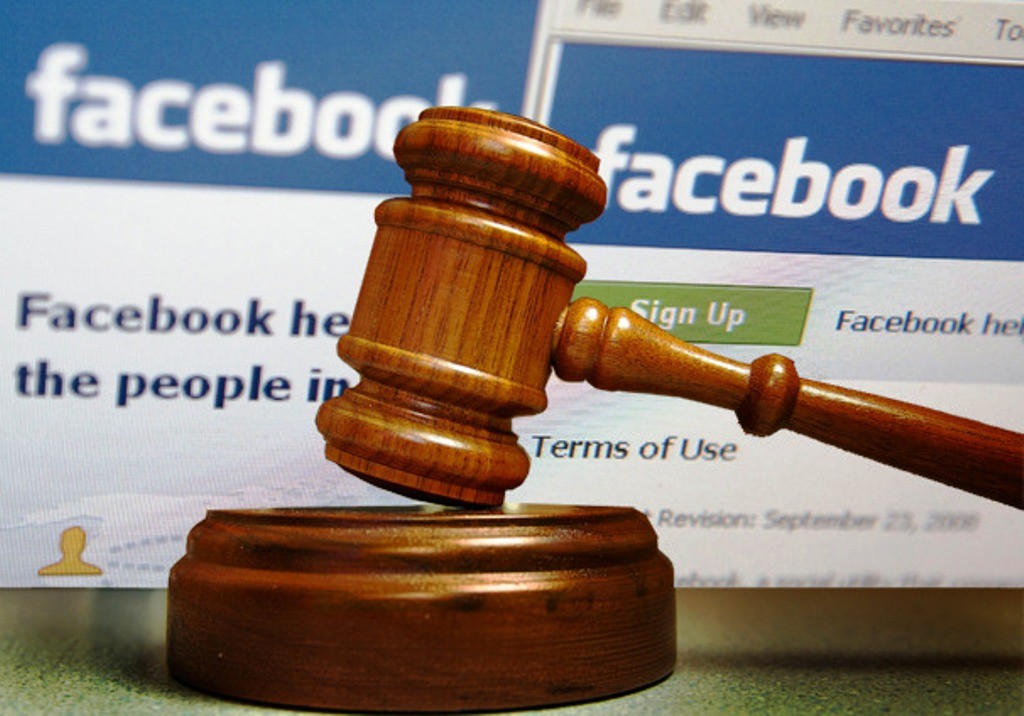 Thailand’s Prime Minister on Tuesday insisted Facebook must abide by Thai law after his government blocked Facebook Pages. Gen Prayut said he was not fazed by Facebook’s threat to sue the government for blocking access to Pages deemed defamatory to the monarchy.

Gen Prayut responded to Facebook’s legal threat by saying that all parties must observe the laws of Thailand.

He referred to the Royalist Marketplace page on Facebook operated by Pavin Chachavalpongpun and the Facebook page of Somsak Jeamteerasakul, both of which contain plenty of sensitive issues related to the monarchy.

Mr Somsak, a former Thammasat lecturer, now lives in self-exile in France after fleeing lese majeste charges in Thailand and Mr Pavin, who now works as a university lecturer in Japan, is also wanted for lese majeste violations.

Gen Prayut reacted defiantly during a visit to Rayong. “You know who and where these people are. Do they take responsibility for the damage to our country? No matter what happens in Thailand, they are not affected at all. The trouble is in Thailand,” he said.

“All actions against offending pages comply with Thai law. I do not use any dictatorial power that I no longer have to close them. These actions are based on court orders. We confirm that we are acting in accordance with Thai law,” he said.

The premier was reacting against a Facebook statement concerning its action against those sensitive pages following a request from the Thai government.

In the statement quoted by a spokesperson sent to local media on Tuesday, Facebook said it was compelled to restrict access to content deemed illegal by the Thai government.

The social media platform late on Monday blocked access to the “Royalist Marketplace” group after the government threatened legal action over failure to take down content deemed defamatory to the monarchy.

“Requests like this are severe, contravene international human rights law, and have a chilling effect on people’s ability to express themselves,” it insisted.

According to the statement, Facebook was committed to protecting and defending the rights of internet users and “preparing to legally challenge this request.”

It pointed out excessive actions by the government had an impact on its ability to “reliably invest in Thailand, including maintaining our office, safeguarding our employees and directly supporting businesses that rely on Facebook”.

Hours before the restrictions, Mr Pavin set up a new group with a similar name that gained more than half a million members in one day. “If you want to close it down again, then I’ll set up another group. To promote freedom of expression, I would do it,” Mr Pavin told Reuters.

Meanwhile,Foreign Minister Don Pramudwinai said the government could use Thai law to correct any posts that violated the law.

“Freedom under international laws is another matter. Whether it can apply to what happens in Thailand depends on the quality of the websites concerned, whether they present what is beneficial to Thai people and society or not. Otherwise, they cause problems,” he said.

“Whatever violates Thai law is not right. Whenever there is wrongdoing in Thailand, we seek cooperation from Facebook Thailand, and it always cooperates,” Mr Don said.

“We do not ignore violations of the law. This is the first time we are taking action against a platform owner that does not comply with Thai court orders,” he said.

“If they do not respond, we will take action against the platform. We are acting in accordance with law. We are not abusing any party, because all actions are based on court orders. Actions respond to court orders. It applies to all platforms, not only Facebook.”

The DES Ministry said that from April to June this year it received complaints about 1,500 web pages, including 1,365 on Facebook, 236 of which later had their access blocked. Another 1,129 Facebook sites have yet to be taken down despite court orders.

However, Paiboon Amonpinyokeat, a cyber law expert who jointly drafted the Computer Crime Act, stressed that Facebook could not sue the Thai government since the order to block the pages came from a court.

“The DES Ministry only sought the court’s consideration to issue the orders and the court has to deliberate whether the pages disseminated illegal content that could affect the national security,” he said.