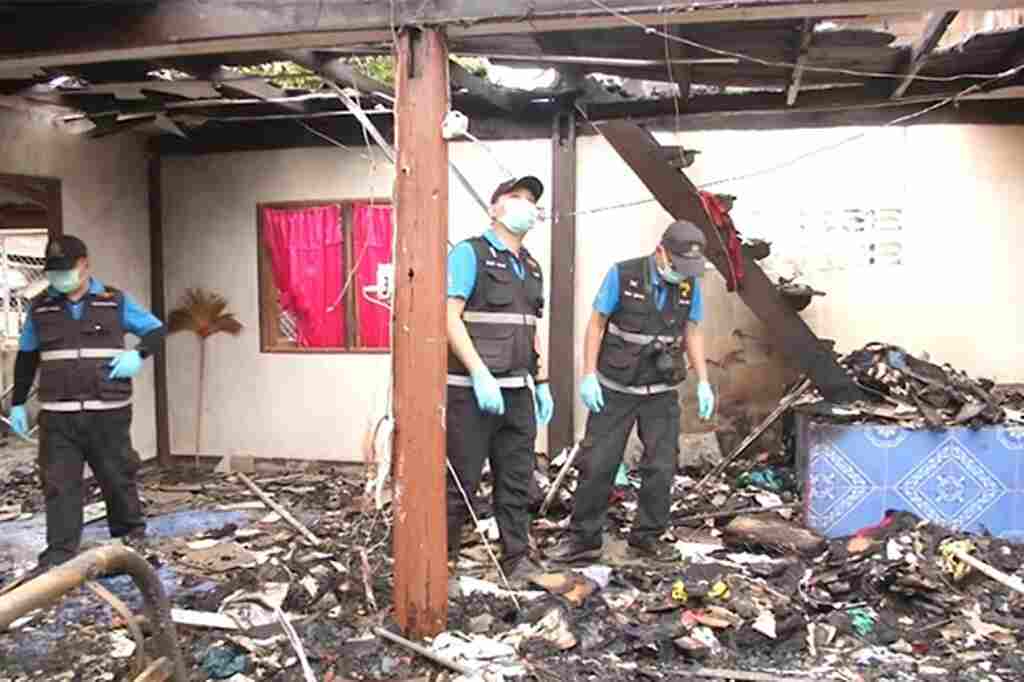 A man in northeastern Thailand has been arrested for arson and illegal drug use after burning his mothers house down in a drug induced rage. Police report the man was high on methamphetamine. There were no injuries and the house had no home insurance.

According to a police spokes person the fire was was started about 5am at house No 85 in Don Khu village, tambon Si in northeaster Thailand’s Khon Kaen province.

Fire fighters fought the blaze for about 30 minutes, however by the time the flames extinguished the house was destroyed. Damage was estimated at 800,000 baht. Police said it was good that nobody was hurt but its was sad that the mother had no home insurance.

The home belonged to Mrs Noolek Yingyong, 49, who told police she allowed her son, Vararit Atkhampha, 29, to live there alone. She said her son was addicted to methamphetamine and he spent most of his time in the house with his friends.

A neighbour, Sakol Hawanich, 60, told police he heard loud noises, like things being hit and broken, coming from the home some time before dawn. A short time later he saw that the upper floor was in flames.

Mr Vararit ran out of the uninsured house after the fire had started, he said.

Mr Sakol called police and after there arrival started a search for Mr Vararit. He was later found in a farm hut about one kilometer away in a local rice field.

Under questioning, he allegedly confessed to have taken two meth pills, and later setting fire to the house. He said he blamed the drugs for his arson and said he sad to hear his mother had no home insurance.

Mr Vararit was charged at the local police station with arson and use of an illegal drug.