Domestic Flights to and From Bangkok Suspended by Thai Government
Advertisement 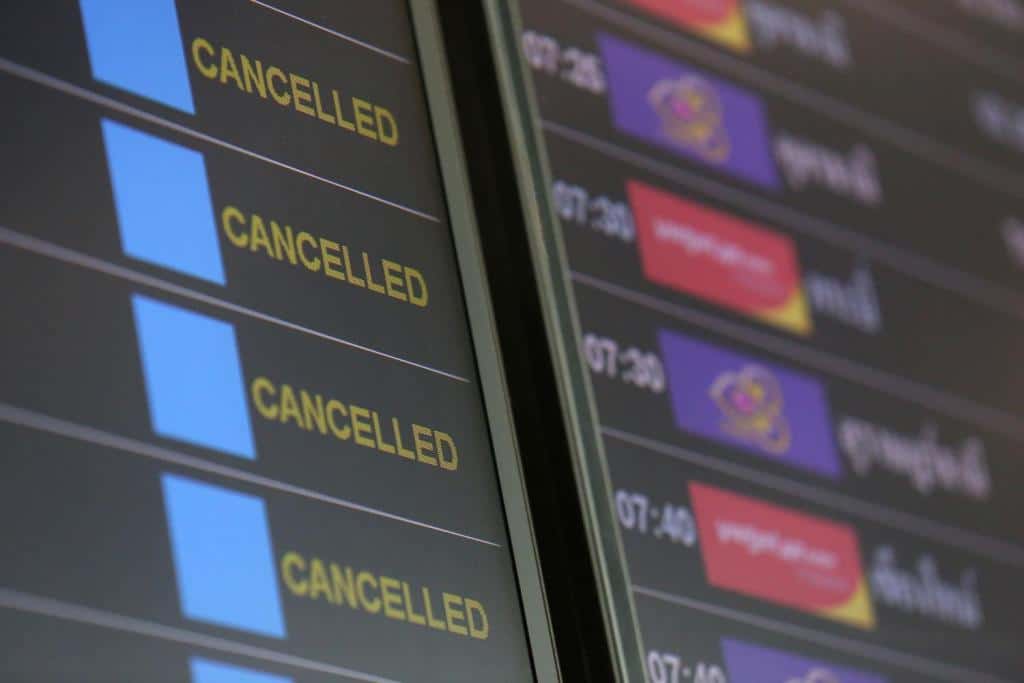 The Civil Aviation Authority of Thailand (CAAT) announced on Sunday all domestic flights to and from Bangkok and other provinces classified as high risk for Covid-19 will be suspended starting July 21, 2021.

CAAT said exceptions will be made for medical flights, emergency landing aircraft and flights in connection with the government’s tourism reopening programs, while other domestic fights can only fly at 50% capacity.

The Thai government will also extend the existing curfew and other tight restrictions in Greater Bangkok and four southern border provinces to at least Aug 2. Three more provinces were added to the list on Tuesday.

The curfew from 9pm-4am and other restrictions have been in force since last Monday in Bangkok, Nonthaburi, Samut Prakan, Samut Sakhon, Pathum Thani and Nakhon Pathom, as well as the southernmost provinces of Narathiwat, Pattani, Songkhla and Yala.

The severe measures will also be imposed in three more provinces — Chon Buri, Chachoengsao and Ayutthaya — from Tuesday. This will bringing the total number of provinces placed under lockdown to 13.

The restrictions include the closure of all stores in shopping malls at 8pm except for retailers deemed essential, such as supermarkets, chemists and those selling medical and communications equipment. A ban on dine-in eateries continues, while restaurants, wet markets and convenience stores must close from 8pm-4am. No public transport is available from 9pm-4am.

The number of provinces under close watch by authorities due to high infection rates of Covid-19 will be almost doubled  from 24 to 43  according to the Thai Government.

New transportation restrictions will apply to Bangkok and the entire country, it added. From Wednesday, all modes of public transport across the country have to limit passengers to half of their capacity.

The government said the restrictions will be evaluated after a week, and indicated the lockdown measures would be in place beyond Aug 2 if the pandemic continues to worsen.

The expanded measures were announced as the country reels under unprecedented numbers of new coronavirus infections and fatalities.  An all-time high of 141 deaths were reported during the national briefing on Saturday and a record-breaking 11,397 new confirmed cases were announced on Sunday.

Expats Hopes of Getting Vaccination Vanishes Within Hours