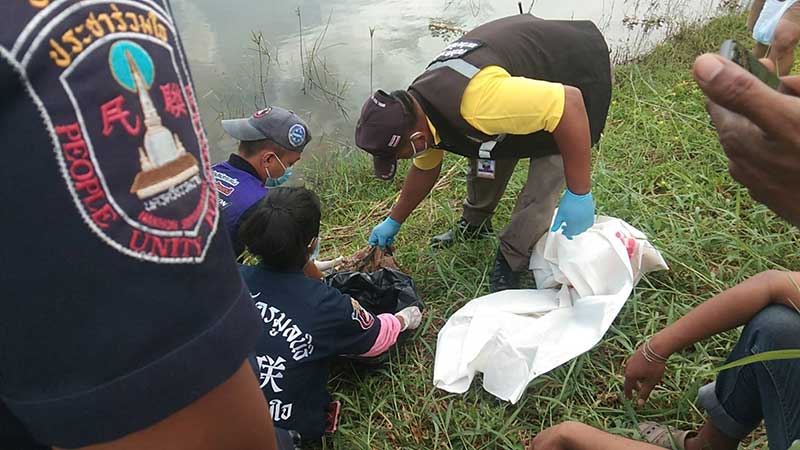 The body of a newborn baby boy has been found floating in a park pond at Walailak University, Tha Sala campus in Southern Thailand. The discovery was reported to police about 10.30am, duty officer Pol Maj Jitrakorn Konglua said.

Police and a doctor from Tha Sala Hospital went to the university’s park in Tha Sala district of Nakhon Si Thammarat to investigate.

A security guard at the Walailak university said he saw a black plastic bag floating at the edge of the pond. The plastic bag was torn, sending a foul smell over the area. He called other security guards to help remove the bag from the University pond. Upon looking inside of the plastic bag they discovered the dead newborn baby. The newborn baby boy was wrapped in cloth.

Police said the umbilical cord was still attached to the child, investigator

In August of 2019, an 18-year-old student and her boyfriend were charged with the murder of her newborn child at condominium room in central Thailand.

The pair were consequently arrested for colluding in the murder of their newborn baby. They poisoned and then dropped the baby from the balcony of a third-floor condominium in Nonthaburi.

The 18-year-old student wrapped the newborn baby girl in a brown towel and placed inside a black plastic bag. The newborn child was discovered near a garbage bin by security guards. The baby was rushed to Chonprathan Hospital, where she died.

Her boyfriend denied any knowledge his girlfriend was pregnant. He told police he thought she was fat. Rescuers from a charity foundation took the body of the newborn to Tha Sala Hospital for a postmortem examination.