Dead Body of Foreigner Found Floating off the Coast of Krabi, Thailand
Advertisement 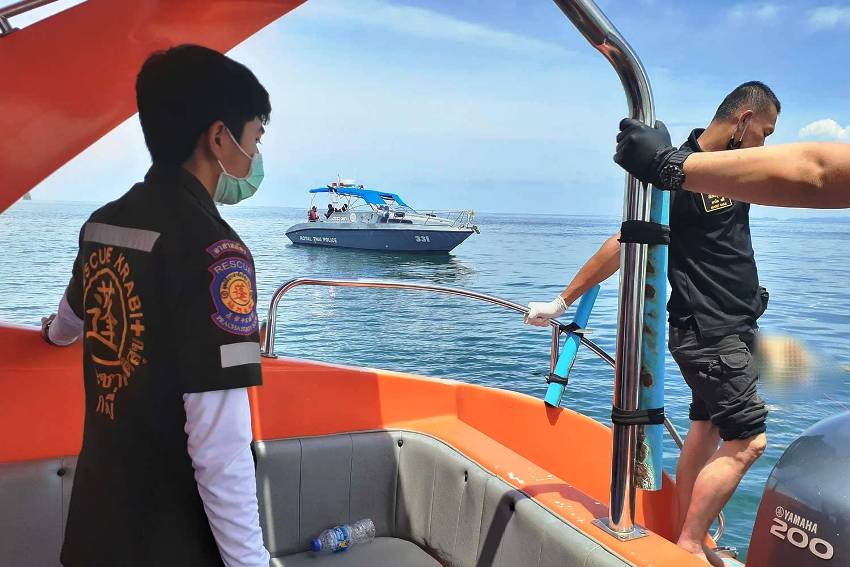 Authorities in Krabi Thailand have reported finding the naked body of a foreigner floating in the sea near Koh Pada off the coast. Krabi police stated that the unidentified foreigner had flower tattoos on his left arm.

The body of the foreigner was found about one nautical mile northwest of Koh Pada island, police said.

On reaching the scene, Krabi police, medical staff from Krabi Hospital and rescue workers found the naked body of the foreigner. They estimate he was a caucasian aged was between 30-40 and about 180cm tall with a bald head. Police believe he died at least 3-5 days before his body being discovered, Thai media reported.

Foreigner had flowered tattoos on his left arm Furthermore Police found no bruises on his body. There were flower tattoos on his left arm and a silver earring in his left ear. His body was also brought to shore by Pracha Suntisook rescue foundation in Krabi.

Police speculated that the man might have taken off his clothes to swim off a nearby province, and been swept towards Krabi in a storm. The water current coming to Krabi bay was from Phangnga and Phuket.

Furthermore his body was sent for a postmortem examination to determine the cause of death. Authorities in Thailand are also looking for the man’s friends or relatives. Police stations in nearby areas would be contacted to check whether a missing person report was filed, police said.

Pracha Suntisook rescue foundation in Krabi also posted a message urging people to help find the identity of the man.