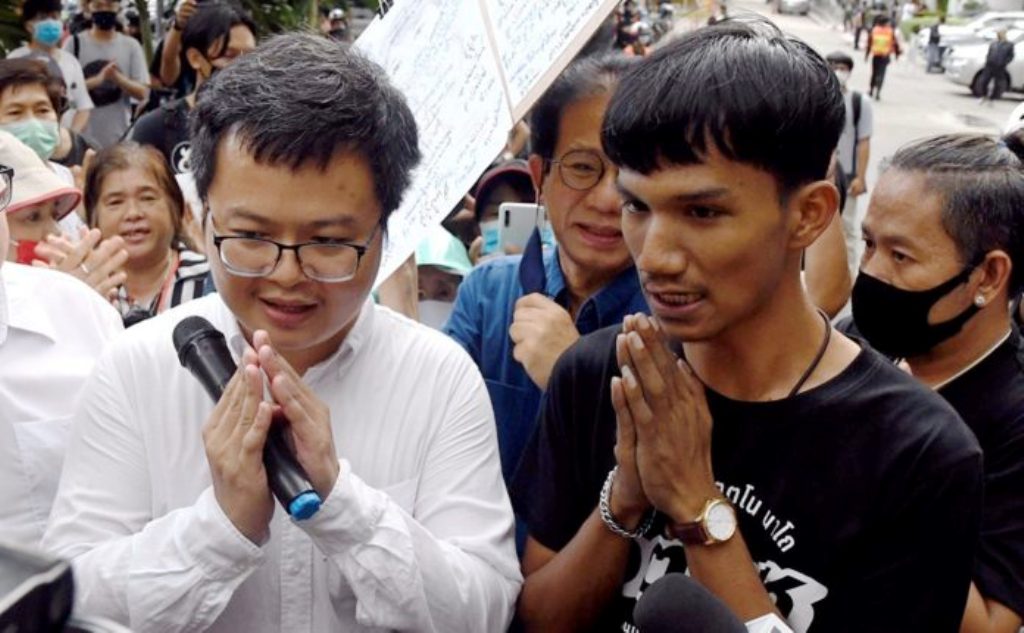 Police officials claimed they had violated the bail conditions by continuing to protest against the government of Prime Minister Prayut Chan-o-cha. Police submitted as evidence clips of Mr Anon’s speeches at anti-government rallies in Chiang Mai and Thammasat University on Aug 8 and 10, respectively.

The court revoked the bail for Mr Anon, 35, saying it agreed with police. It stressed it had yet to rule on his guilt. The court only viewed his actions are of the same nature as the previous accusation against him. It said Mr Anon could still apply for bail again.

However, the lawyer did not take the offer. Instead, he wrote a note to his supporters that his duty outside was done.

“Let my detention today be a proof of the intimidation of people. Let’s get back at them come Sept 19, 2020,” he wrote. Referring to the Free People rally planned for that day.

In another courtroom, another judge also presided over Mr Panupong, a 24 year-old Free Youth activist.  Thai Police also said he violated the terms of his bail. “But given his age, profession and the act cited as the reason to revoke his bail. The damage had not been done to the case and the accused deserved another chance,” the judge said.

It decided to increase the surety to 200,000 baht and require that he report himself to the court in 15 days.

Like Mr Anon, Mr Panupong did not take the offer. They were taken to Bangkok Remand Prison.

The charge under Section 116 carries a maximum penalty of seven years in prison, the Bangkok Post reports.

The court also approved their temporary releases on bail the next day. Above all on condition that they not commit offences in the same manner that led to their arrest in the first place.

Furthermore both anti-government activists continued to join rallies, believing it was within their rights.