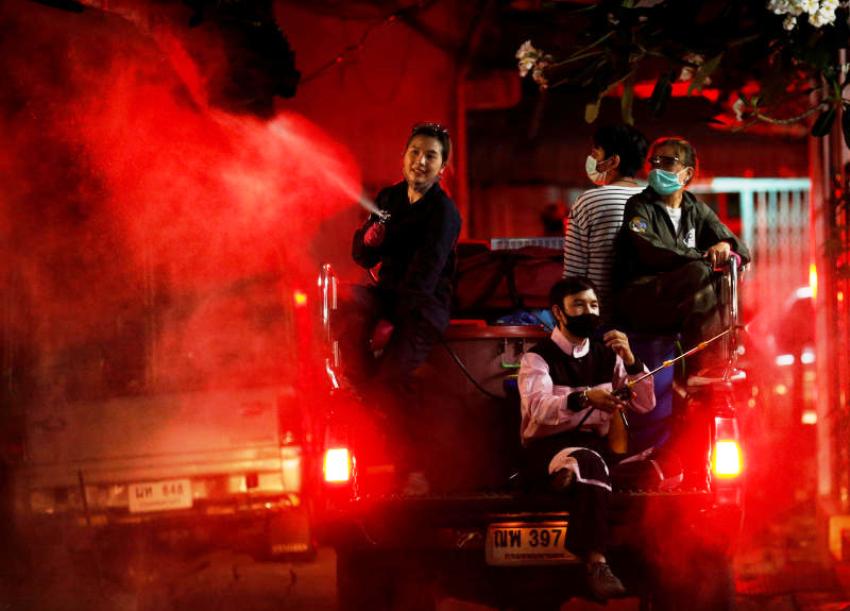 Thailand’s health department has reported that new COVID-19 Coronavirus cases dropped to 38 with also one additional death. Dr Taweesin Visanuyothin told a Thai media in a briefing on Tuesday morning.

The total of confirmed Covid-19 cases in Thailand now stands at 2,258, and the cumulative death toll at 27.

The figure of 38 new infections appears to show a declining trend from the 51 cases reported on Monday. Dr Taweesin also warned that there is no way to know the actual number of cases and how quickly the coronavirus is being transmitted because very few people have been tested.

He the latest fatality was a 54-year-old man, with no reported chronic diseases. On March 13 he began to suffer from exhaustion, and his condition worsened the following day. He was admitted to hospital and later put on a ventilator.

A lung X-ray showed severe pneumonia and he tested positive for Covid-19. He died of respiratory tract failure on Monday. Dr Taweesin expressed his relief over the lower number of new confirmed cases. He also attributed the low number to the resent curfew.

The new 38 cases included 17 people in close contact with previous patients. Eleven of them were in Bangkok and contracted the disease from family members, colleagues and friends.

Seven new patients worked in crowded areas or closely with foreigners; three in Phuket, two in Bangkok and one each in Chon Buri and Krabi provinces.

Other new cases included three health workers, three visitors to crowded places and three Thais who returned from overseas. Five other reported cases were also under investigation, according to the Bangkok Post.

Phuket Imposes 20,000 Baht Fine for Anyone Not Wearing Face Mask