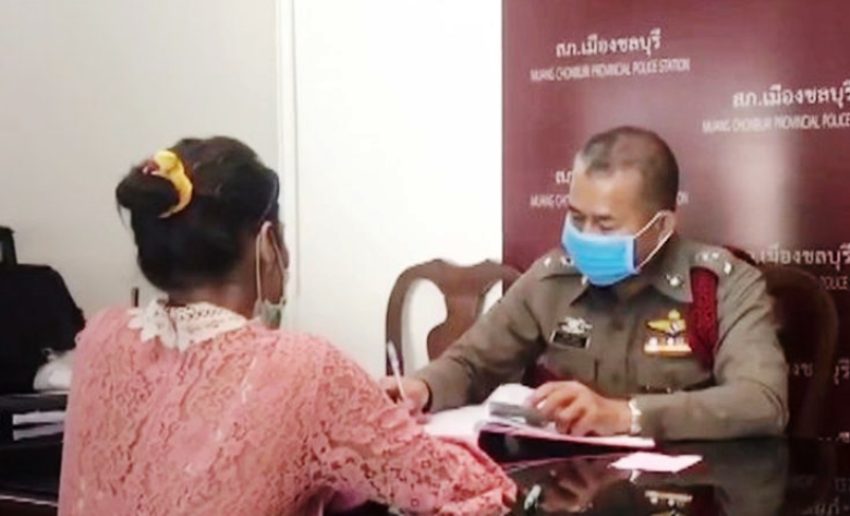 A Thai woman who filed rape report with the Police station has admitted to concocting the story with hopes to get tested for Covid-19. The 50 year-old woman (Rapee) had made the rape complaint on March 23 at a Conburi Police station.

It all started when on 23 march when Rapee 50, filed a report with Police Lieutenant Colonel Nitit Thongdee

She stated that she was at the market when a man named Dam approached her. He invited her to visit his wife at his home who was fighting breast cancer. When she arrived, the wife was nowhere to be seen.

She said Dam was drunk and forced her to give him sexual favors. Ms.Rapee told Dam that the Covid-19 situation but he didn’t listen and forced himself upon her. Rapee told the police that she came to the police station right after escaping from him.

55 years old Dam was summonsed to the police station on the same day. Dam stated that he knew Rapee quite well and had asked her to give him a massage. He told police that when Rapee arrived they drank 2 shots of Thai rice whiskey and together. They agreed that a “massage” would cost Bt3,000. After the “massage” was finished he paid Rapee Bt2,500 and promised to pay the rest on the next day.

He said he was surprised when the police informed him of the rape report filed against him, Thai Residents reports.

Ms. Rapee came to meet Dam at the police station and admitted that his story was true. She claimed that after leaving his home she was scared of being infected with Covid-19. She wanted to get checked for the Coronavirus at the Hospital but didn’t know what reasoning she would give to the doctor.

This is when she decided to file a report with the police. After the truth came out Rapee withdrew the police rape report. She claimed that she didn’t realize it would become such a big deal, after all, she just wanted to know if she had Covid-19.

Foreign Travellers to Thailand Being Denied Entry and Deported