Convicts Escape from Prison During Riot in Northeastern Thailand
Advertisement 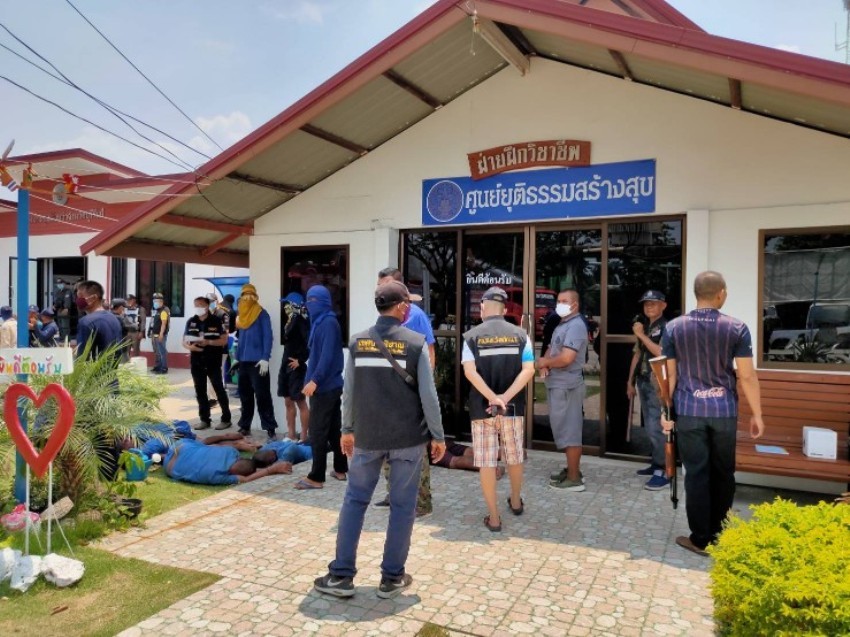 Thai authorities have reported 5 inmates have escaped from a prison, in Thailand’s northeastern province of Buri Ram. after about 100 prisoners staged a riot and set fire to prison buildings.

One escapee was later recaptured, as police issued warnings to anyone harboring the escaped prisoners.

Pol Maj-Gen Akkaradet Pimonsri, of the Provincial Police Station, said that the riot and prison break was triggered by a false Covid-19 rumor. The rumor circulated within the inmates, that some of the inmates were infected with COVID-19. The riot began at about 11.30am, with some of the prisoners setting fire to buildings. During the chaos, several prisoners made their break for freedom. Fire trucks were called in, as the police entered the prison to help guards to quell the riot.

There are about 2,100 inmates in the prison, but only about 100 were involved in the riot, said Pol Col Krisana Pattanacharoen said. He also said that police are in the process of examining CCTV images in an attempt to identify the escape routes of the five escaped convicts.

The Corrections Department earlier ordered all prisons to suspend visits by relatives of inmates for 14 days. From March 18-31, to help stem the spread of Covid-19. Corrections officials said closing gates to visits was intended to prevent the coronavirus spreading to the 380,000 inmates across the country. The facilities were crowded and if the virus were to enter the prison system it would devastating, he said.

The Corrections Department strictly has followed the Public Health departments instructions to combat the Covid-19 outbreak. So far, no inmates had contracted the disease.