China's Sinovac Vaccine in the Crossfire of Protests in Thailand
Advertisement 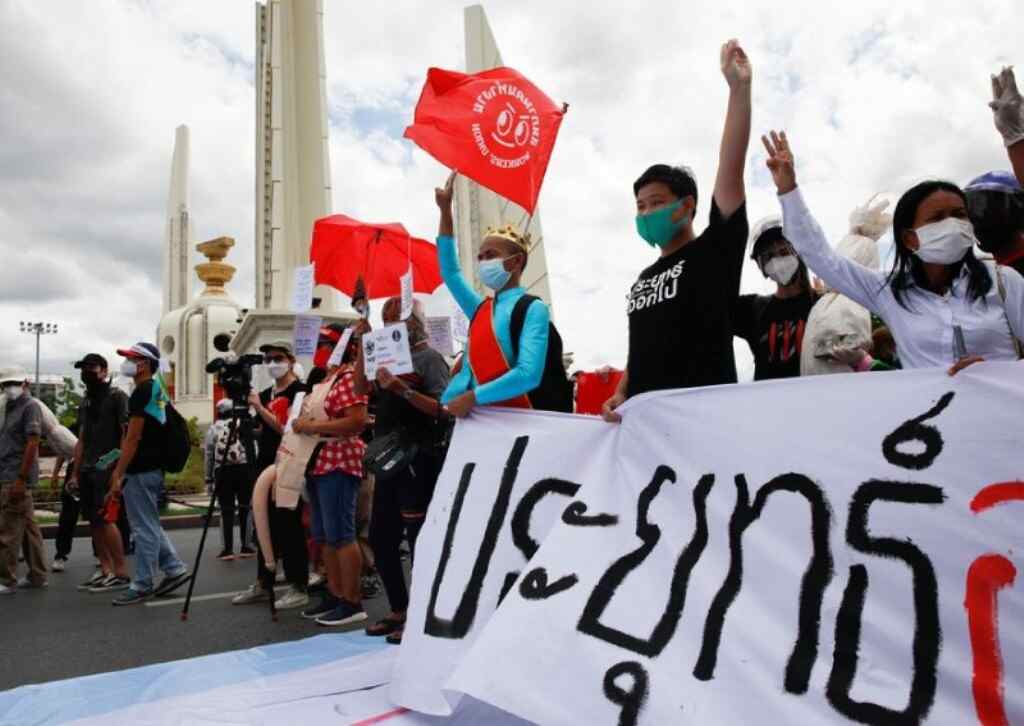 Thailand’s government approved the use of the Sinovac shot in February, shortly before its virus numbers began to skyrocket fueled by the Delta variant. Since April, Thailand has witnessed more than 1.2 million infections, compared to fewer than 7,000 cases in all of 2020.

The delta variant coronavirus wave has prompted huge criticism of the Prayuth government for failing to source enough effective vaccines. Leaving the country reliant on China’s Sinovac at the peak of infections during July and August.

The big hit to China’s Sinovac’s reputation came in July when, in response to increasing infections among double-jabbed medical workers, the government said people given the Sinovac would require a “booster” of  the Pfizer vaccine .

Mix and match Sinovac with AstraZeneca

Sinovac’s was further undermined when the Prayut government decided the general population would no longer receive two doses of the vaccine. The government would mix and match one shot of Sinovac followed by a second shot of the AstraZeneca vaccine.

The Prayuth government has been widely criticized for its slow vaccine roll-out. As of September 6, only a third of Thailand’s population of 70 million has received one shot of a vaccine. Only 11 per cent of the population has been fully vaccinated.

Critics blame much of this delay on Prayuth governments extreme reliance on the Chinese vaccine. As of August, Thailand has approved the purchase of 31.1 million doses of the Sinovac vaccine. Yet so far, only 13.4 million of those doses have arrived.

On Tuesday, the government announced that they were buying 12 million more Sinovac vaccine doses to support their mix-and-match vaccination plan for Thailand. The vaccine was be delivered this month or in October.

Meanwhile, the youth and student leaders of the anti-government protests have now been replaced by the former pro-democracy redshirt leaders Nattawut Saikua and Sombat Boonngamanong. They have vowed to organize demonstrations in central Bangkok every day until Prime Minster Prayuth steps down.

The protesters have been shouting “Prayuth trades in death”, a reference to the government’s failure in battling the pandemic. The protests resound with the anti-government camp online, in the parliament and the street.

The full article can be read in South China Morning Post.