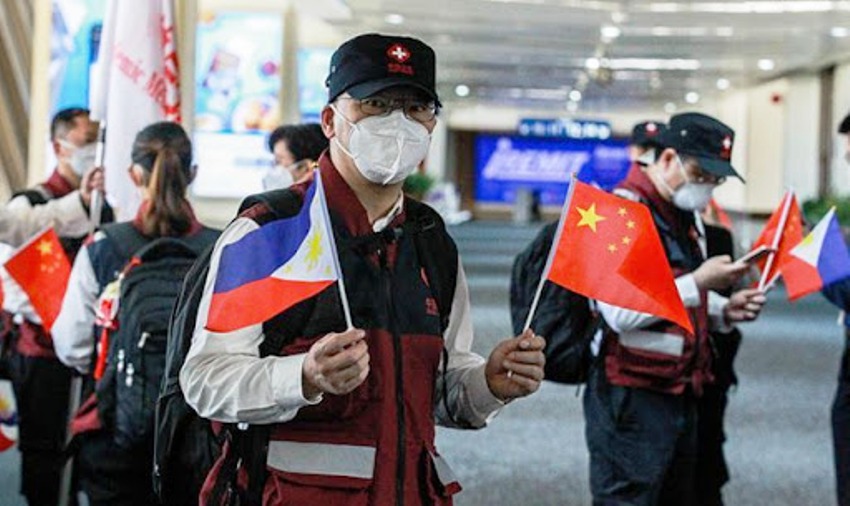 A propaganda music video produced by China promoting support for neighbours battling Covid-19 has backfired in the Philippines. Gaining a flood of public criticism and an online petition that is fast attracting signatures.

China’s embassy released the song by diplomats, singers and an actor last week. However the lyrics and title “Iisang Dagat”, or “One Sea” in the Philippine language, has not gone down well. Many Filipinos see China as a maritime aggressor in disputed waters.

By Monday afternoon, the video posted last week on YouTube with the hashtag #CNPHHealAsOne had 149,000 dislikes compared with 2,100 likes. While a Change.org petition demanding the video be taken down had more than 8,000 respondents.

Social media critics vented their fury at what they saw as Chinese propaganda. Above all to conceal bullying in the South China Sea. Branding Filipinos involved in the song as traitors, Reuters reports.

Major Failure of Chinese Embassy in the Philippines. Insensitive choice of title for the song or pure intentional? #CNPHHealAsOne #ChinaMustPay https://t.co/xjjTMSi04q

“We have to stop the evil of China spreading”, wrote one, Leonard Anthony Arcilla. “We do not unify with China”, said Elna Lynda Acuerdo, while Venus Liwanag said the video was “slapping the faces of each Filipino”.

The song is dedicated to front-line health workers of both countries. Some of whom appear in the music video with footage of Chinese doctors and donated health supplies. Including hundreds of thousands of protective masks and testing kits.

The lyrics include lines like “because of your love that flows like waves hand in hand; we move to a bright future; you and I are in one sea”.

The Philippine response is another indication of China’s coronavirus diplomacy struggling. Above all against a history of disputes and mistrust, particularly in Southeast Asia. Where China has asserted its maritime presence, and built islands and military installations.

Some people were instead trying to generate likes and shares for a music video from last year produced by artists from the Philippines, Vietnam and Malaysia called “save our seas”, which takes aim at China’s maritime conduct.

The Philippines last week filed diplomatic protests accusing China of locking radar on a Philippine navy boat and rejecting its formation of an administrative unit in disputed areas, following a similar move by Vietnam.

It also comes amid unease over China’s deployment of coastguard and survey vessels that have disrupted Malaysian drilling operations, and the arrival of Australian and U.S. warships in the area.

There are also signs of growing solidarity among internet users in Thailand and elsewhere in Southeast Asian with Taiwan and Hong Kong, with old tension being fanned by the emergence of the new coronavirus.

Thai Government Extends State of Emergency for Another Month