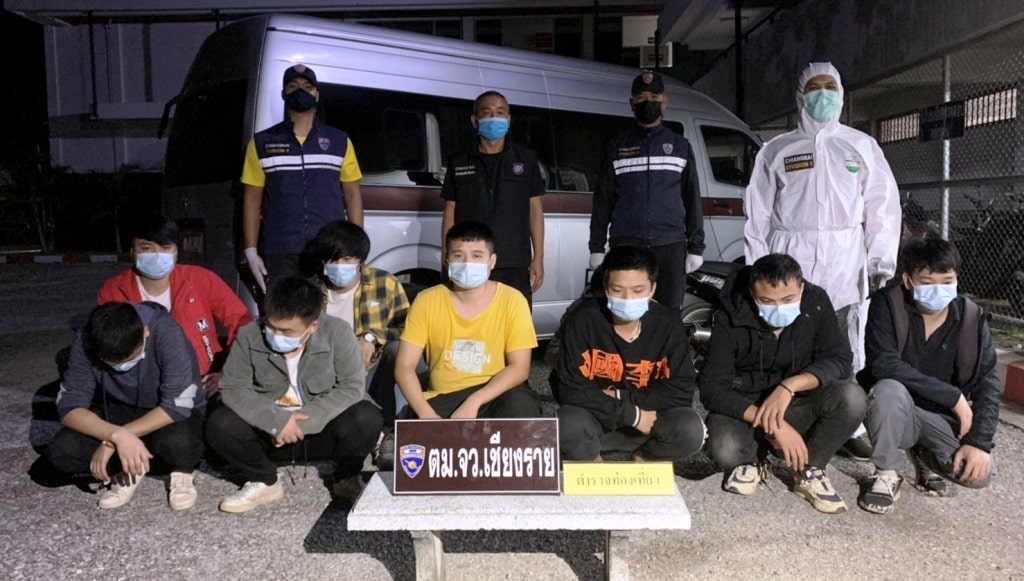 The arrests followed a tip-off that some foreign nationals were being brought into the country illegally, the police spokesperson told CTN News. The Chinese nationals will then be consequently handed over to Chiang Rai immigration officials for deportation.

Prime Minister Prayut Chan-o-cha this week vowed swift action to root out human smuggling, along with gambling dens. The gambling dens have also been blamed for the new wave of infections.

The recent surge in Covid-19 cases, believed to have originated among illegal migrants from Myanmar, has forced the government to concede that it needs to do more to stop human trafficking.

However controlling the Thailand’s porous borders is difficult, especially in the north. The problem is compounded by the alleged involvement of crooked police officers, soldiers and civil servants in smoothing the way for traffickers.

Meanwhile, Thailand’s health official reported a total of 212 new Covid-19 cases on Saturday. With 187 local covid-19 cases, 6 from active testing and 19 arrivals from abroad. The new covid-19 cases raised the cumulative total past 10,000 to 10,053, with no new deaths.

As of Saturday, a total of 1.68 million people had downloaded the smartphone app. The use of the Mor Chana contact-tracing app has also become mandatory in five provinces.