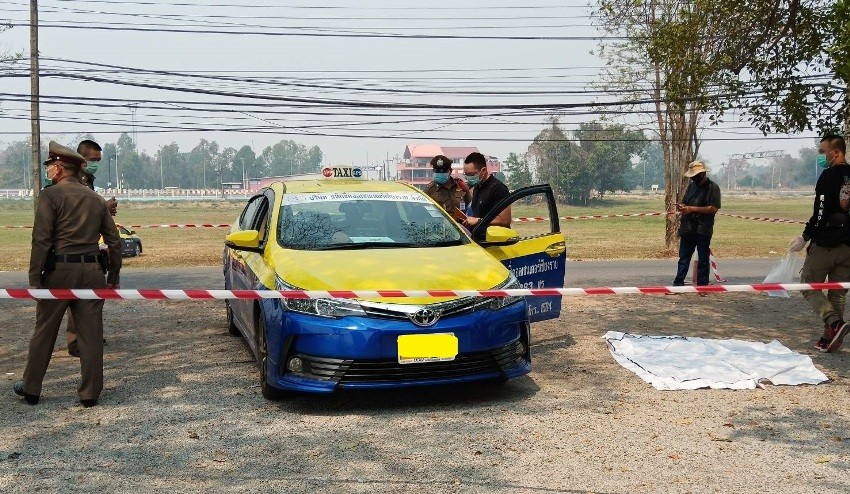 Police from the Ban Du police station have reported the death of a taxi driver at Mae Fah Luang Airport in Chiang Rai. Mr. Wisawaphong Phayakhem, aged 57,was found dead inside his taxi at 10:30 am on March 10th.

According to investigators from the Ban Du police station Mr. Wisawaphong who was from Mae Sai, Chiang Rai arrived at the airport to await a fare. Upon arriving he told fellow taxi drivers he wasn’t feeling well. A fellow taxi driver gave him some smelling balm and he parked his taxi under a tree.

The taxi driver who gave Mr. Wisawaphong the smelling balm later returned to check on him only to find him unconscious in the drivers seat. The fellow driver then rushed into the airport to seek help.

The health worker then summoned airport police who then contacted an inspector at Ban Du police station. Mr. Wisawaphong body was transferred to a nearby hospital for a postmortem examination.

Police also contacted his family in Mae Sai and asked if he had been suffering an flu like symptoms. Health officials at Mae Fah Luang Airport were concerned about the coronavirus. A family member told police he seemed fine and in good health before leaving for work in the morning. The family member also said nobody in the family had any coronavirus symptoms.