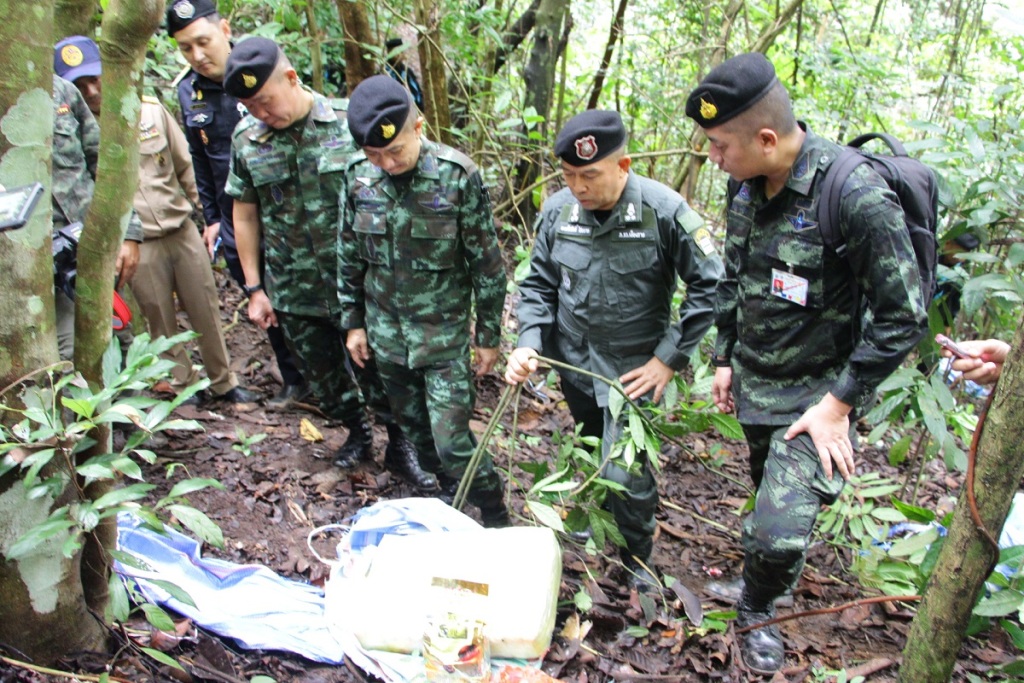 Soldiers from the Pha Muang task force shot and killed two drug runners on Sunday during an exchange of gunfire in Mae Fa Luang district, Chiang Rai, and seized over a million meth pills and crystal meth.

When they stopped them to investigate the men started firing shots, a gunfight ensued and the men fled.

The soldiers returned to the area on Monday to follow up and found the bodies of two men and nine backpacks, containing 1,080,000 speed pills and 9kg of crystal meth.

The officer said the traffickers came from an ethnic minority group from Myanmar and had been trying to find a new way to deliver the drugs to Thailand after the border was closed. The Pha Muang Task Force commander said the dogs were from a military centre that trains about 180 canines a year for various purposes, including detecting drugs.

They were then assigned to units in the army, navy, air force and border patrol police.

Twenty-three of them had recently been assigned to operations bases in the North – 10 in Chiang Mai and 13 in Chiang Rai. They were Labrador retrievers.

Maj Gen Narit said the Pha Muang Force had been assigned by the Army Operations Centre to set up bases along the border to conduct patols and set up ambushes and checkpoints to prevent drug smuggling, and secure communication routes.

The dogs had proved effective in drug suppression operations, he added.