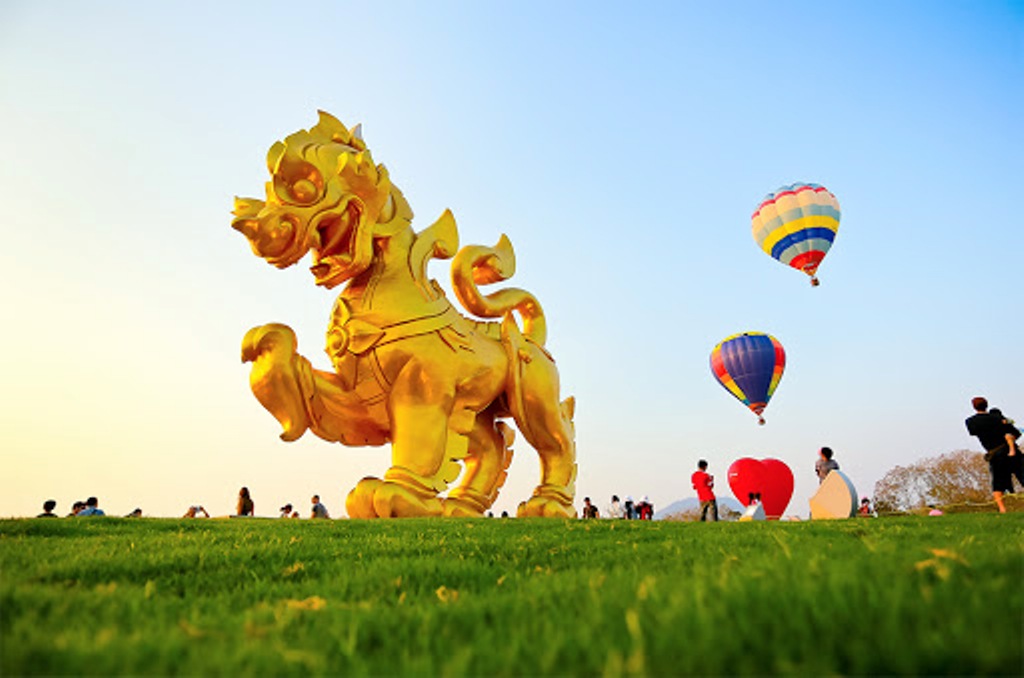 Singha Park reports that as Chiang Rai enters the high season of tourism it is working with the Chiang Rai province and Tourism Thailand to help the government sector stimulate domestic tourism after COVID-19.

Singha Park Chiang Rai has announced a big event from the New Year’s Eve to welcome the New Year and Valentine’s Day Festival of Love Year 2021 in collaboration with the Tourism Authority of Thailand.

Mr. Pongrat said that Singha Park Chiang Rai has launched 4 events that will be held in 4 months during the tourist season in Chiang Rai Province.

The first even starts with the Farm Festival from the 25-29 of November, which is a music festival in the cold weather.  Next will be the the at end the year December with the Northern Lights Countdown Festival 2021

Followed by the Village Of Illumination Festival in January 2021 is the first light show.The 4th even will be the
Wonders Fest February 2021 with the month of love Singha Park Chiangrai Valentine’s Balloon Fiesta 2021 Romantic balloon festival. Along with the marriage registration – say love in the sky

During the cool weather, I believe that the 4 events intended to be held will impress tourists visiting Chiang Rai and help stimulate the overall economy for Chiang Rai as well Ms. Thapanee said.

For Singha Park, Chiang Rai has been a strong and strong private sector contributor in the past few years. Singha Park is also widely known to tourists, both Thai and foreigners.