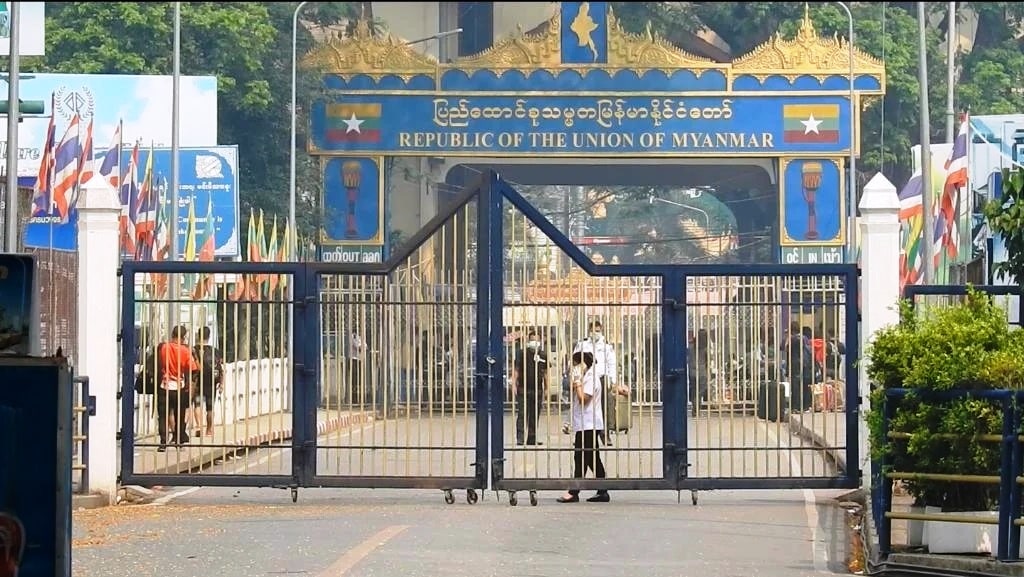 A Thai health expert on Saturday warned that COVID-19-infected returnees from Myanmar’s Tachilek township are highly infectious by carrying the COVID-19 G strain.

The infected returnees from Myanmar’s Tachilek township carried the G strain of the coronavirus, which is easily transmitted and causes more severe symptoms than other strains, said Opas Karnkawinpong, director-general of the disease control department at the Ministry of Public Health.

So far, Thailand has tested hundreds of people returned from Myanmar, 49 of them have tested positive for COVID-19, who are in seven provinces.

These cases include 37 in Thailand’s northern province of Chiang Rai, five in Chiang Mai, and three in Bangkok and one each in Phayao, Phichit, Ratchaburi and Sing Buri.

They include nine among the 107 infected people who returned to Thailand’s northern province of Chiang Rai under a joint arrangement by the Thai and Myanmar border authorities.

“The G-strain, which was originally identified in India, is widespread in Myanmar but is now contained to limited areas in Thailand,” said Opas, adding that 80 percent of COVID-19 cases globally are of the G-strain virus.

He said there are 400 Thai nationals who remain stranded in Tachilek, waiting to return via the Chiang Rai border checkpoint.

According to the government’s Center for COVID-19 Situation Administration (CCSA), most of the stranded people illegally crossed the border into Myanmar to work in entertainment and gambling venues in Tachilek.

According to the Myanmar law, they will be taken to court to pay fines for illegal entry before being repatriated.

The CCSA said on Saturday that 12 new confirmed COVID-19 cases were recorded in Thailand.

They include seven reported in people arriving from Bahrain and one each from Germany, Sweden, Britain, India and Kuwait.

On Saturday, Thailand’s total COVID-19 tally rose to 4,192 with 60 deaths. Of the cases, 1,204 are being held in state quarantine, and 217 being treated in hospitals. The total number of recoveries also stands currently at 3,915.