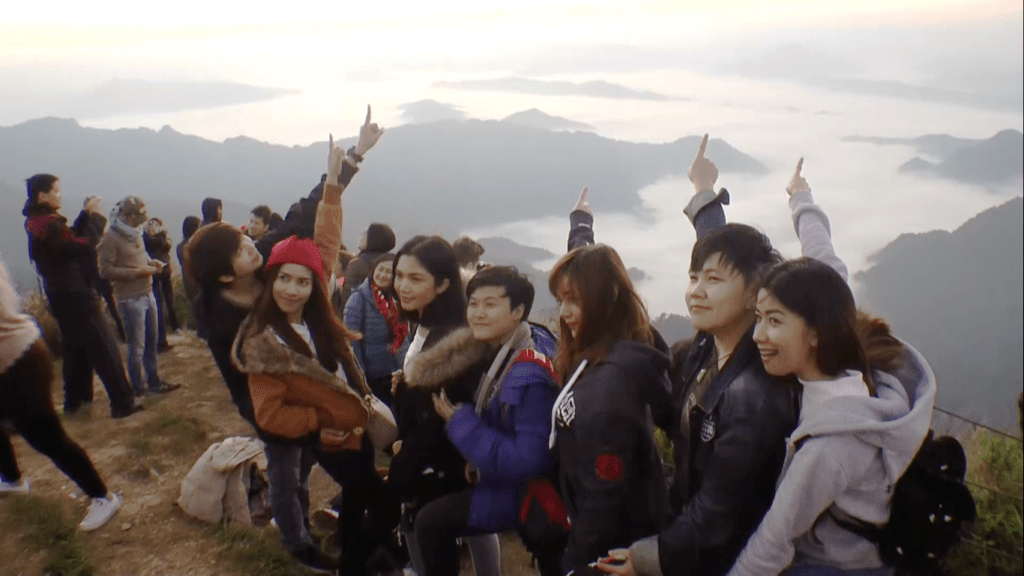 Hundreds of locals and tourists from Thailand and abroad flocked to Chiang Rai’s Phu Chi Fa to ring in the New Year. They all gathered to catch a glimpse of sun as it rises over the mountains shrouded by fog.

The temperature on New Years morning was a crispy 5 degrees Celsius.

One New Years reveler said she felt it was a bit chilly on New Years morning, but she was dazzled by the scenery. Especially when she saw the sun shine its light over the foggy mountains.

There are amazing sunrises to be seen all over Southeast Asia, but few – if any – can beat the natural light show you will find on most winter mornings over the mountains in Chiang Rai province, northern Thailand.

The sunrises there draw chill seekers from all over the country, and adventurous foreign visitors, to the mountains in the province’s southeast, and to Phu Chi Fah Forest Park, during the cold season.

There, the sun emerges from a cloud inversion – a white mist that carpets the valleys – and its colour changes from deep, cobalt blue to magenta-fringed to golden yellow.

Yes, you do need to get up early. You need to hike uphill in the darkness, and wait, shivering in the cold, for a while too. The rewards for doing so, though, are handsome.

The village of Rom Fah Thai

The village of Rom Fah Thai is approximately 95km (59 miles) east of Chiang Rai city. Furthermore it sits around halfway along the Phi Pan Nam Range of mountains. The mountain range that also loosely defines the Thailand/Laos border.

There are several other peaks along the same ridge line, some of which have paved access. Doi Pha Tang at the end of the ridge is the farthest flung.

Reaching the summit of Phu Chi Fah requires a gentle 750-metre climb on a dirt trail from the parking area to the summit. It takes about 20 minutes. You will need solid footwear; if it’s raining, the route is very slippery and should be avoided.

Take warm clothing, a flashlight, something to drink and a camera. There are also several small snack stalls at the parking area. Furthermore you will also see a few hill tribe children singing traditional songs along the route. They also might offer to guide you – they aren’t pushy and a tip is much appreciated.