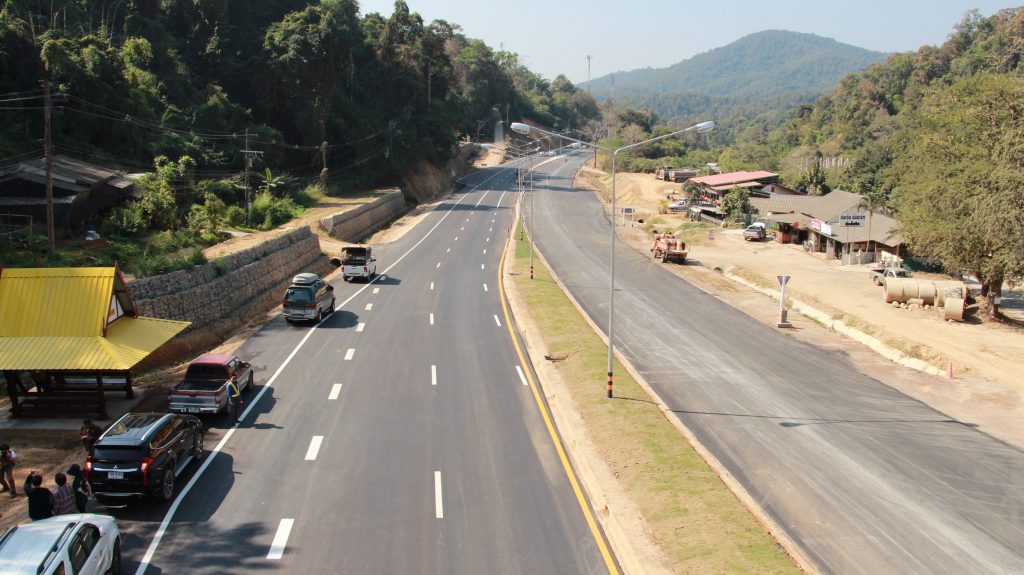 The Chiang Mai District and related authorities have announced the opening of a new section of the Chiang Mai-Chiang Rai Highway 118.The area around Pa-miang to Pang Namtu of Hwy 118 was expanded from two lanes to four lanes.

Passengers can now use this new part of road, the Highways district told a press briefing. They also reported that not all of the highway work was finished and that this part of the project would be completed by February.

The whole project is to expand the two lane areas of the Chiang Mai-Chiang Rai Highway to four lanes. Also adding 2.5 meter wide road shoulders for each side. Which authorizes believe will help to reduce accidents along the winding mountainous road.

The widening of the road may also reduce the number of vehicle passing blindly which is a major cause of most accidents. The roadway between the 2 provinces is notorious for horrific road accidents, with hundreds being injured or killed annually.

The Chiang Mai-Chiang Rai Highway 118 project has been divided into three different parts. All the work is expected to be completed by the middle of 2021.

Meanwhile, Thailand’s Highways Department says all national highways in the country will be four-lane roads, within three years. The expansion will mean the country’s highways are better prepared to accommodate an increase in traffic, the Thaiger reports.

According to the department 80% of the development project (comprising around 4,239 kilometres) has been completed. With another 1,000 kilometres remaining.

A 1586 hotline number is available to notify officials of poor road conditions or any other problems with road maintenance.