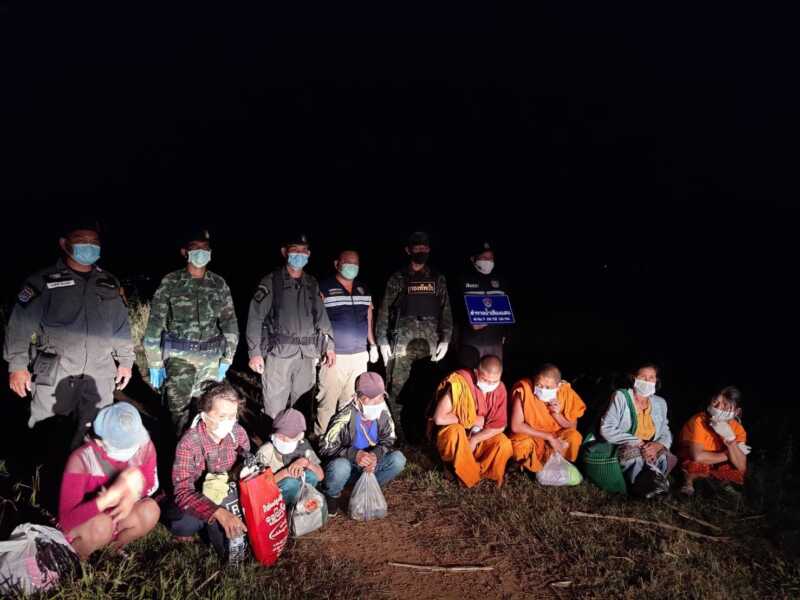 The Pha Muang Taskforce in Chiang Rai province intercepted a group of eight Myanmar nationals as they were crossing the Ruak River from Myanmar’s Tachileik district into Thailand’s Chiang Saen district, and pushed them back across the border.

According to media reports, Thai authorities did not verify whether anyone in this group had fled the ongoing violent crackdown on pro-democracy protests in Tachileik district and whether they needed protection.

The Thai army claimed they were acting to prevent cross-border transmission of Covid-19. Thai authorities have closed land borders with Myanmar and other neighboring countries.


However, the actions from the Thai Army has been criticized the Office of the United Nations High Commissioner for Refugees (UNHCR) and Human Rights Watch because due to the present political conflicts in Myanmar this policy violates international refugee law’s non-refoulement principle.

The non-refoulement provides that no one should be returned to a country where they are likely to face persecution, torture, or other serious harm, even during a pandemic.

Human Rights Watch said Thai authorities should immediately stop expelling asylum seekers at the Myanmar border. Thailand should allow the Office of the United Nations High Commissioner for Refugees (UNHCR) unhindered access to asylum seekers from Myanmar to determine whether they qualify for refugee status.

“UNHCR has been clear: it is possible for a country both to protect the public health of its people and to ensure access to territory for people forced to flee their homes,” said Gillian Triggs, assistant high commissioner for protection, in a news release. “Measures restricting access to asylum must not be allowed to become entrenched under the guise of public health.”

Non-refoulement is a recognized principle of customary international law. It applies to Thailand even though Thailand has not ratified the 1951 Refugee Convention and does not have a refugee law or functioning asylum procedures. Thailand regards refugees of all nationalities living outside of designated refugee camps as being in the country illegally.

Against the backdrop of the recent political violence and persecution in Myanmar, Thai authorities have prepared facilities along the border in Tak and Kanchanaburi provinces to accommodate asylum seekers from Myanmar according to media reports. These facilities are currently empty. The Thai government has not publicly stated whether UNHCR will be allowed access to screen those seeking refugee status.


UNHCR has the technical expertise to screen for refugee status and the international mandate to protect refugees and stateless people. Effective UNHCR screening of all arrivals from Myanmar would help Thai authorities determine who is entitled to refugee status.

“Thailand should provide all asylum seekers from Myanmar a fair chance to have their refugee claims examined by the United Nations refugee agency,” Frelick said. “Border control policies should fully take into account Thailand’s international obligations to protect refugees.”