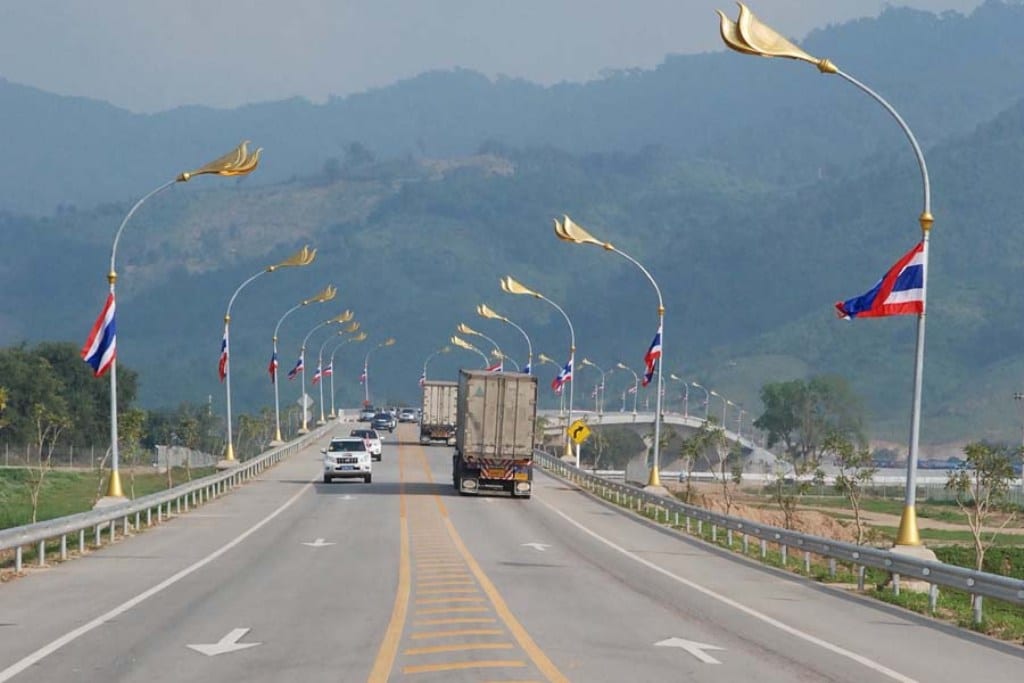 Surveyors in Laos are designing a route for a new expressway that will link northern Thailand’s Chiang Rai Province and southern China.

Liu Jingwei, an official overseeing the project, told the Vientiane Times officials were surveying the route for the expressway that will connect Huayxai in Laos’ Bokeo province and Boten, the Lao town in Luang Namtha bordering China.

The expressway was approved by the Lao government in 2020, with construction costs estimated at US$3.8 million.

The new road will connect with Chiang Khong district of Chiang Rai Province via the existing Fourth Thai-Laos Friendship Bridge over the Mekong River.

The 180-kilometre highway would allow vehicles to travel at 80 kilometres per hour and a drive from Chiang Rai Thailand to China through Laos would take less than two hours.

Bokeo governor Buakhong Nammavong said the new expressway would pave the way for quick delivery of goods within Laos and with other countries, the Lao English state media said.

Meanwhile, a crime-linked owner of a large casino and resort in Southeast Asia’s Golden Triangle has resumed construction on a private airport in a bid to bring more tourists into his large resort and special economic zone in Laos’ Bokeo province.

Zhao Wei, chairman of the Dok Ngiew Kham Group and owner of the Golden Triangle Special Economic Zone (SEZ) in Bokeo’s Tonpheung district, has been tied to human trafficking, money laundering, and the illegal trade in drugs and wildlife products.

A member of the Golden Triangle SEZ management team said the Dok Ngiew Kham Group and Kings Romans are now clearing land for a new airport after making payments in compensation to area landowners who had previously objected to the work.

“It seems that all landowners are happy with the compensation they’ve received, and are showing no objection to the land-clearing process,” the Dok Ngiew Kham official said, speaking on condition of anonymity.

“The company is planning to complete the construction of the airport and to welcome more tourists in 2022,” he said.