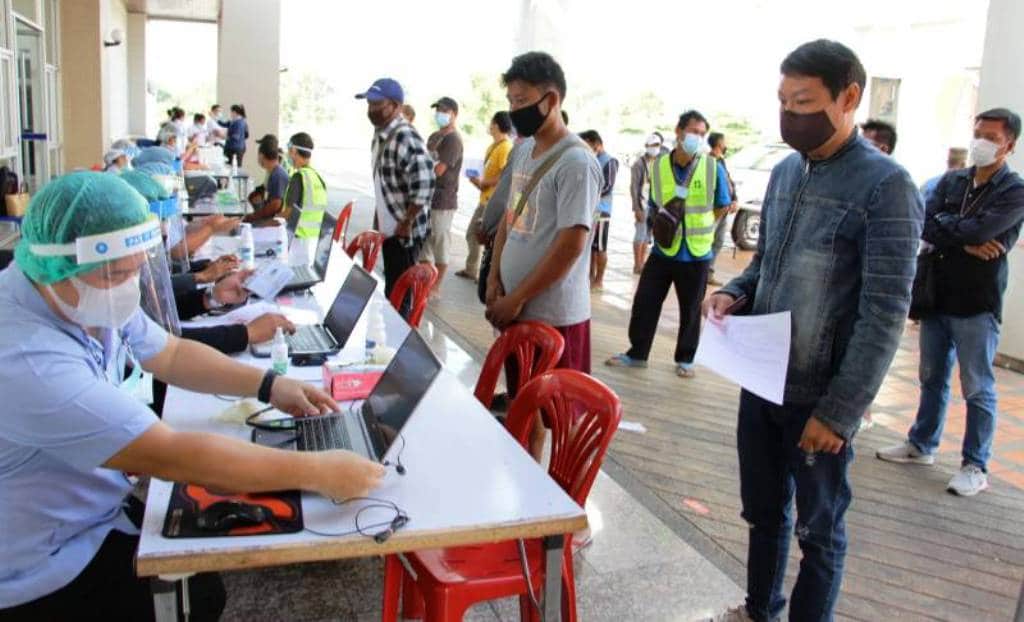 Health officials in Chiang Rai Province have begun tracking down people who came into contact with two women with covid-19. The women crossed into Thailand illegally from Myanmar and were found infected with Covid-19.

The women, both 25, entered the Chiang Rai via a natural passage in Mae Sai district on late last month. Like the other illegal returnees earlier confirmed to have Covid-19 in Chiang Mai and Phayao, they worked at the 1G1 hotel and casino complex in Tachilek, Myanmar.

Voravit Chaisawat, the deputy governor of Chiang Rai said that after the women learned that their friends were infected, they sought tests at a private clinic in Mae Sai, but no infections were detected.

The women later asked two other friends with whom they were staying to get Covid-19 tests, which also came back negative. They later went out to a market before returning to their accommodation.

On Dec 2, the two women felt feverish and called Mae Sai Hospital to pick them up for health checks. Both tested positive. Their two friends were tested again, but with negative results.

Officially, the two women are the 10th and 11th covid19 cases recorded in Chiang Rai since the pandemic began. Of the 11 cases, five involved Thai illegally crossing the border.

The women are now being treated at Chiang Rai Phrachanukroh Hospital.

Border sealed off with Myanmar

Meanwhile, the hotel in Tachilek, Myanmar has now been linked to at least 15 Covid-19 cases.They were all people who worked there or people who later came in contact with the infected workers.

Thailand has sealed the border with Myanmar, where Covid-19 cases now exceed 95,000. Myanmar has reported 2081 deaths related to covid-19 since the outbreak in China.

Deputy governor Voravit say only trucks are allowed to cross in designated areas, which prompted Thais working in Myanmar to sneak back into the country.

Mr Voravit also said there were still about 400 Thais stranded in Tachilek, Myanmar. He notified the Thai-Myanmar border committee on Saturday that 40 Thais had sought permission to cross the border legally to Thailand.

Sixty-seven people who earlier entered the country were now in state quarantine facilities, he added.