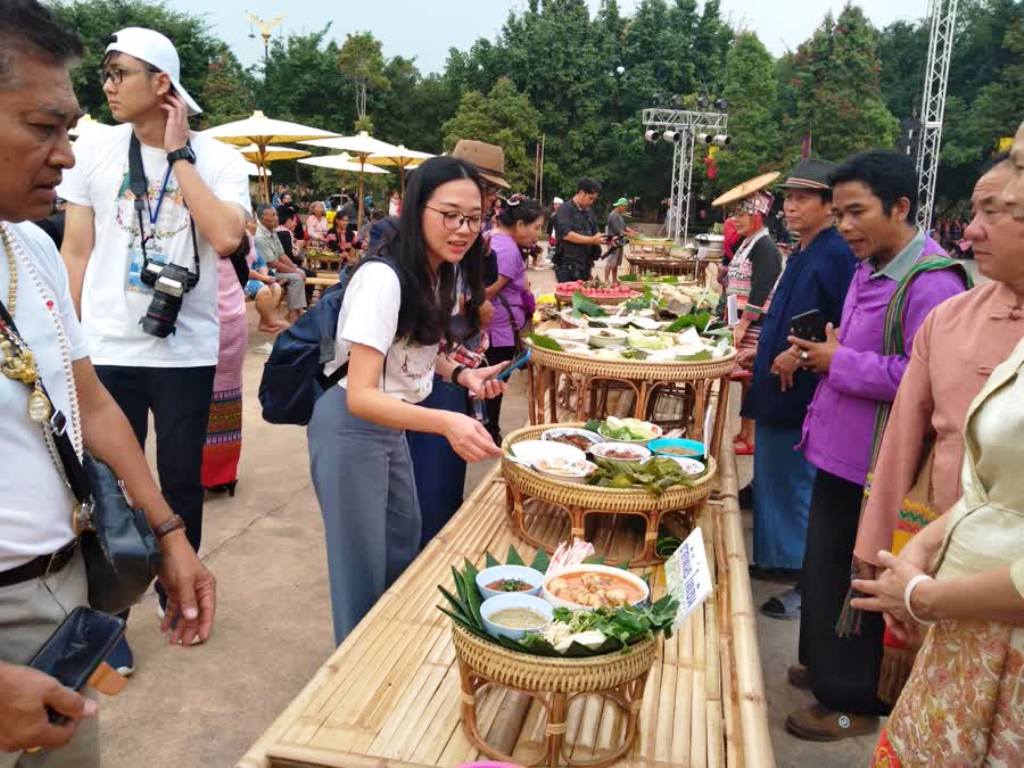 It was the first ceremony of its kind held by these ethnic groups working together. Members of the mountain tribes appeared in colorful dresses and cooked the different rice dishes.


Tuenchai Deethet, a qualified person who has worked with ethnic groups for a long time. Therdkiat Suksai, permanent secretary of the Chiang Rai Provincial Administrative Organization; Suphot Leecha, president of the Ethnic Health Promotion Association; and leaders of the ethnic groups joined in the event.

The rice dishes of ethnic food were put on display, drawing the attention of many tourists and visitors to the ASEAN Flower Festival 2019. The Flower Festival is currently being held until January 12. Ethnic rituals were conducted before the attendees were invited to eat the food together.

Mrs Tuenchai said she has worked with the ethnic groups since she was a student. Despite their differences, the ethnic villagers show respect for each other’s ethnic culture. And maintain a peaceful co-existence.

Mr Suphot said a seminar on the conservation of local rice species for sustainable food security was held as a prelude to the rice cooking by the ethnic groups. Each ethnic group also has their own traditions and culture related to rice farming.