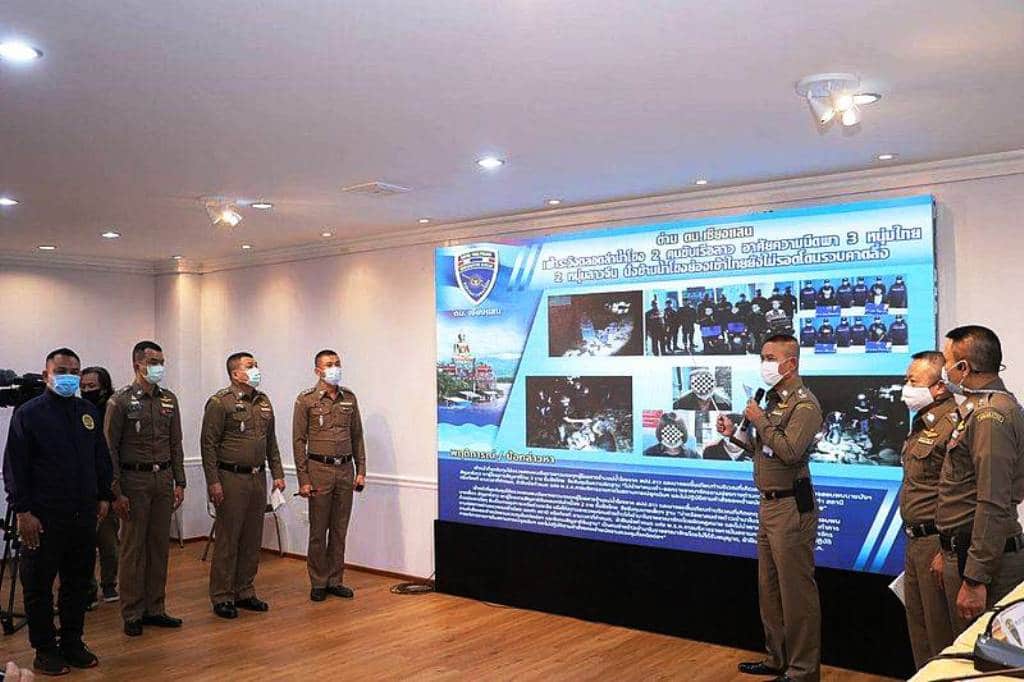 Pol Lt Gen Sompong said 29 people had been arrested, having been hired by Chinese gangs to make the illegal crossings into Thailand. The Chinese, who mostly run entertainment businesses in Myanmar and Laos, allegedly fled to Thailand to escape Myanmar’s Covid-19 outbreak.

The first 17 foreigners, 10 of them Chinese, were apprehended in Chiang Rai and Chiang Mai and turned out to belong to a gang bringing Chinese people into Thailand illegally.

The first nine were caught outside a school in the Chiang Rai district of Thoeng. Police then nabbed eight more from the same gang as they were travelling through Chiang Mai to Mae Hong Son.

In the second group, the IB officers tracked down a Thai man in the Chiang Rai district of Chiang Saen as he was driving three Chinese nationals to Sa Kaeo. The Chinese, who did not have passports with them, had entered the country illegally on a boat from Laos.

The driver told police the gang leader was paying him 15,000 baht per trip to transport the Chinese. Shortly after that, the gang leader, who is a Thai, was also arrested in Chiang Rai.

In the third group, two Laotian nationals were nabbed for bringing two Chinese nationals into the country illegally on board a long-tail boat. The Laotians owned the boat, which shuttled the two Chinese across the Mekong River to a pier in Ban Pak Hang Wiang, Chiang Saen district.

Also in the boat were three Thais, who were also arrested.