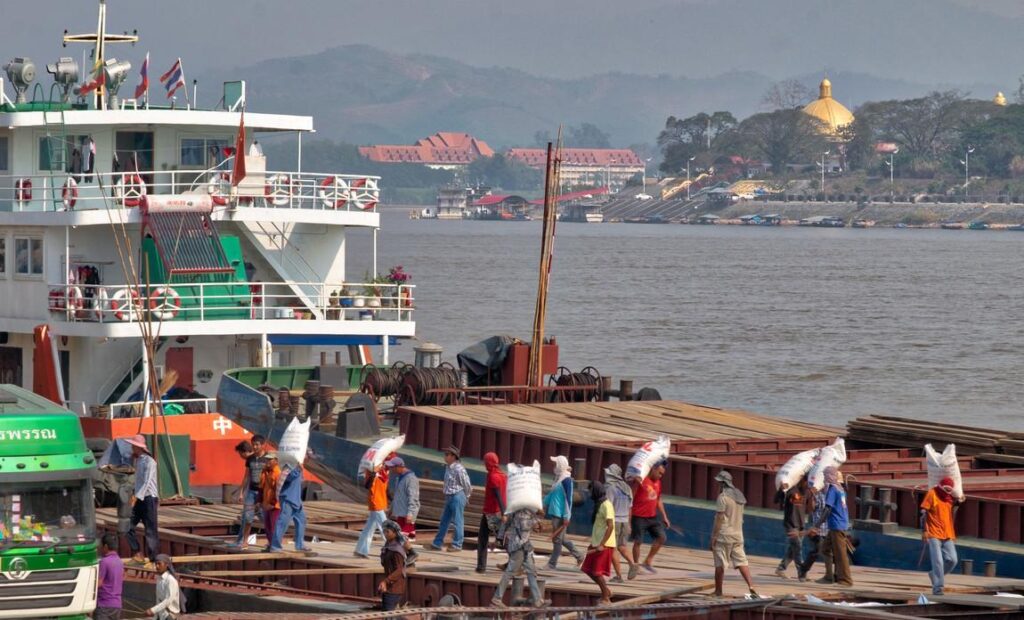 The Golden Kings Romans casino kingpin Zhao Wei the U.S. has designated a transnational crime boss is building a new port on the Mekong River in Laos. The port will be near the Golden Triangle Special Economic Zone in Chiang Rai, Thailand.

Zhao, who was joined at the ceremony last week by Laos’ Deputy Prime Minister Bounthong Chitmany, is a Chinese national who was sanctioned by the U.S. Treasury Department in 2018 as the head of a transnational criminal organization.

Zhao’s network engages in “drug trafficking, human trafficking, money laundering, bribery, and wildlife trafficking, much of which is facilitated through the Kings Romans Casino,” the Treasury said.

Zhao in February 2018 dismissed the U.S. designation as “a unilateral, extraterritorial, unreasonable and hegemonic act of ulterior motives and malicious rumor-mongering.” He said his investments were all “legal, ordinary business operations supervised by the legal authorities of the relevant countries that have not harmed the interests of any country or individual.”

Zhao, a former timber trader from Heilongjiang who had run casinos in Macau and Myanmar, is widely considered to be in de-facto control of the Golden Triangle SEZ.

The zone where Laos, Thailand and Myanmar meet is described by critics as virtually a Chinese colony, with the casino, hotels and restaurants catering mainly to tourists from China and operating largely outside the reach of Lao law.

“Osiano is an affiliate of the Dok Ngiew Kham Group owned by Zhao Wei, who owns the Kings Romans Casino in the Golden Triangle SEZ,” the official said.

“Before, there were Vietnamese, Lao and Thai firms who formed a joint venture to develop Ban Mom Port, but when that venture failed, it sold shares to Dok Ngiew Kham Group,” the official, who requested anonymity added.

Osiano is investing U.S. $50 million to develop the port and construction will take nine years to complete. In addition to the international port, which will handle cargo mostly from China into the SEZ, the project will include a variety of amenities including a hotel and an office park.

“The new port will mostly be used by Laos and China. Thailand and Myanmar will sometimes use it also. Laos will import food, especially fruits from China through this port,” a provincial official from the Natural Resources and Environment Department told RFA.

A Thai trade expert in that country’s Chang Rai province, adjacent to Bokeo, told RFA that the port would serve to facilitate trade between Laos and China.

“Vietnam will use the port too. Vietnam will also ship durian to China through this port,” he said, referring to a popular tropical fruit.

As is often the case with development projects in Laos, the inhabitants of Mom village who face resettlement for the project are rejecting compensation offers as too low.

Representatives of Mom village last week submitted a letter to Bokeo’s Tonpheung district saying that the villagers refused to accept compensation from Osiano in the amount of 500,000 Thai baht ($16,000) for their 16 hectares (40 acres) of land.

“This land is part of a protected forest which is an integral part of Mom Village,” a resident of the village, who requested anonymity to speak freely, told RFA.

“We were offered 500,000 baht and that’s too low. We want more, maybe three times more at like 1.5 million baht ($48,000). Furthermore we have submitted our demands to the district governor, and we’ll use the money to build a village temple and a market,” the villager said.

However, an official from Tonpheung’s Planning and Investment Office told RFA that “the half-million-baht offer has been set by the governor of the province. It is up to the province and the company to decide whether to honor the villagers’ demands.”

In addition to their homes, there is a high school within Osiano’s land grant that must also be relocated.

“The company will look for new land and build a new school somewhere else for the village,” the Bokeo province official said. 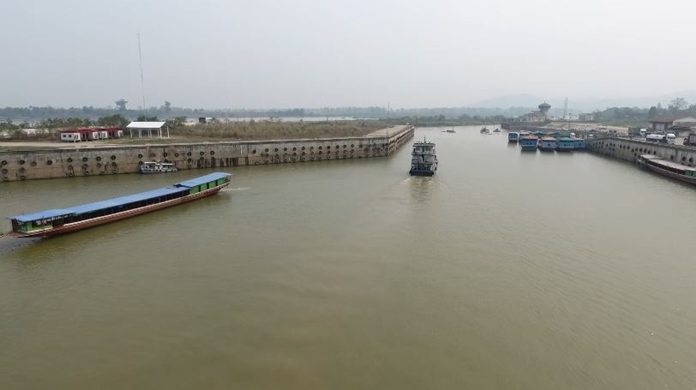 Brian Eyler, a senior fellow and director of the Washington-based Stimson Center’s Southeast Asia program and an expert on Lower Mekong Basin development projects, told RFA that the new port would compete with a facility on the Thai side of the river just 15 kilometers (9.3 miles]) downstream.

“Thailand has invested in a large river port facility to receive goods coming from China and also send goods from Thailand into China. A new highway connects Chiang Rai city to the Thai port at Chiang Saen,” he said. “A competing port makes little sense if facilitation of regional trade is a goal,” said Eyler.

“However, the new Mom port project is connected to the Golden Triangle Special Economic Zone in Chiang Rai and the Kings Roman Casino complex, which is owned by Chinese entities. My guess is the new port will mostly facilitate commerce, legal and illicit, of goods from China that will benefit Chinese commercial interests, legal and illicit, in Laos,” he said.

Laos, with ambitions to become the “Battery of Southeast Asia” has drawn Chinese investment in hydropower dams and other big-ticket projects under Beijing’s $1.3 trillion Belt and Road Initiative to build infrastructure to support trade. China is Laos’ largest foreign investor and aid provider, and its second-largest trade partner, after Thailand.