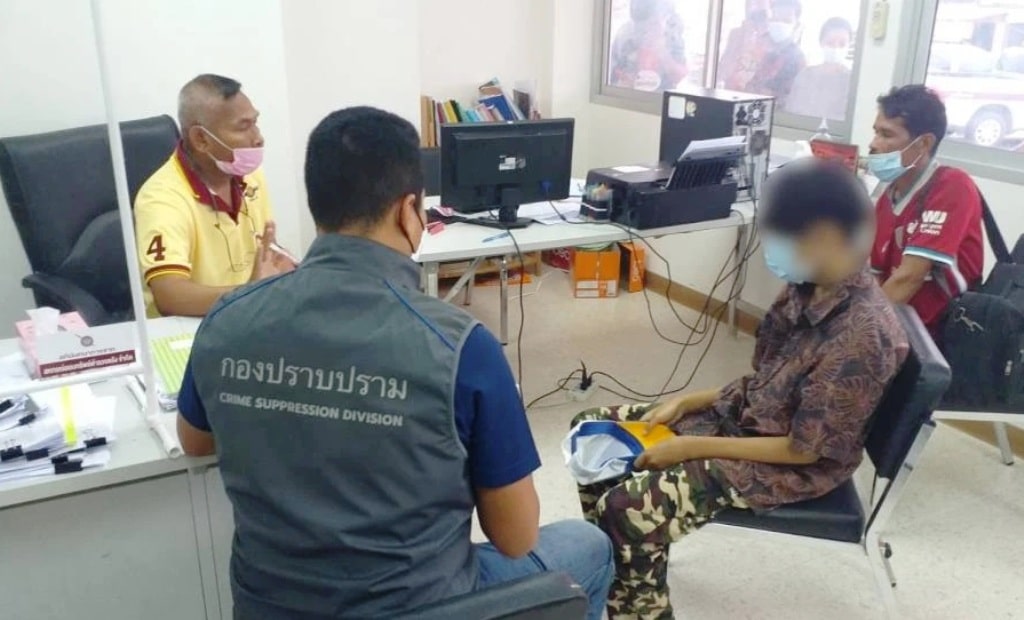 A Chiang Rai teenager is facing charges after another teen took his own life after losing all his money to him in a romance scam. The teen impersonate a young woman online to trick the victim out of all hos money.

Thanuphat “James” Maneesri, 18, of Huay Yod, Trang, drowned himself in a reservoir in the district. The youngster left a picture of a bank transfer slip on his phone, accompanied by the words “fed up”.

The picture led police on a trial which took them to the run-down family home of Chiang Rai teen Ton, 17, of Wiang Chiang Rung district, Chiang Rai. He had befriended James in February as they played the computer game ROM.


After Ton ran out of money to buy new items in the game, he decided to impersonate a young woman to trick James out of money. He spent it all on his computer games habit.

His parents found a series of chats between James and the fictitious young “woman”, Nam. Ton pretending to be Nan persuaded James to send 15,000 baht.

James, innocent in the ways of the world, was impressed the young woman had taken an interest in him. However, when she kept up her persistent demands for money and refused to pay any of it back, James, became increasingly depressed. With the knowledge he had spent all his money earmarked to university, James took his own life.

He then left a warning message to Nan (Ton) which tragically went unheeded.

“Next week I won’t be here anymore. I am going (somewhere) alone. Shortly you’ll know for yourself [what I mean],” he wrote.

He also complained that Nan (Ton) talked about money constantly. “When I say there’s none, you don’t give up. You pay it back or not, that’s up to you,” he said unhappily.


James’ parents, who are rubber tappers, reported him missing on April 19. Police found his motorbike, flip flops and keys on the bank of a local reservoir where he swam regularly with friends.

Police divers found his body after a 10 minute search. He had tied his left leg with nylon, no doubt to help ensure he drowned. He was a good swimmer according to his mother.

Messages his parents found inside his phone showed “Nam”borrowed money from him regularly. He would send 2,500-3,000 baht at a time. Towards the end he started to refuse, saying he had run out, but the demands carried on.

The account he sent the money to was in the name of a male.

His parents filed a complaint with police, asking them to trace the money trail. They contacted Police in Chiang Rai after finding 17 year-old Ton was also named in the chats.

Crime Suppression Division police arrested Ton on April 25, and charged him with fraud and computer crimes offences. After Ton and his parents met the victim’s family Ton was sent to a juvenile detention centre.

An investigative reporter from Amarin TV, that covered the the death of James, also helped “rip away” Ton’s deception.

The investigative reporter made a online video call to Ton after noticing he had also appeared in James’ chats. Ton was also the recipient of some of the money. Initially he told Amarin TV that Nam was his older sister, but later he changed his story to say Nam was a gamer he met online.

The reporter said James had transferred money to “Nam” via True Wallet, using the same phone number as Ton’s own. Ton went quiet after the reporter asked if he had actually faked being Nan.

Ton replied: “I would never do anything like that.”

He was then asked why the name Nam used in their Line chats was the same as Ton’s own name on his ID card. He said when she was joining Line she asked to use his name. The reporters said, “So you do know her then,” and he replied they knew each other only online.

When the reporter said they had seen a transfer slip which showed that James had sent “Nam” 2,500 baht, but he was actually sending it to a bank account of a man who runs a games shop, Ton owned up to the deception.

“It’s me. Nam and I are one and the same person,” he confessed.

He had spun an elaborate tale saying Nam owed money, and needed help.

In fact, Ton owed money from his games habit.