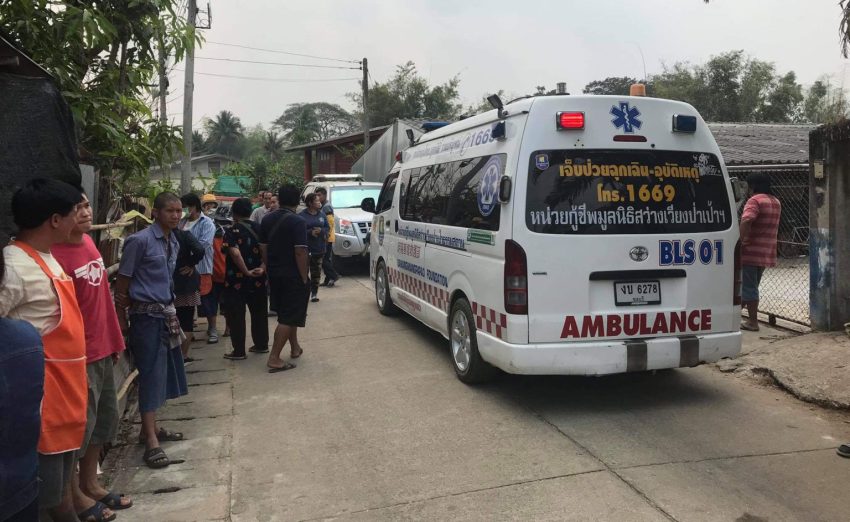 An assistant village headman has been charged with murdering his mother and raping his daughter in Wiang Pa Pao district of Chiang Rai.The man killed dismembered his mother in a fit of anger after she threatened to tell police he had raped his teenage daughter.

Chiang Rai police said that the 35-year-old assistant head of Hua Wiang village in Wiang Pa Pao district confessed the crime to the village head on Friday. He then and asked the headman to contact Chiang Rai police. The names of the man and his mother have been withheld to protect the identity of the rape victim.

The suspect was waiting inside his house when Chiang Rai police arrived. He led them to a room behind his house where parts of his mother’s body were found in a container beneath some ice. There was no head inside the container.

He told the officers that had buried the head at a spot along the Wiang Pa Pao-Phrao Road and later took them there.  A police investigation found that the man had broken up with his wife and was living with his 15-year-old daughter.

His 53-year-old mother subsequently learned that her son had raped the girl. She confronted him about it and a heated quarrel ensued. The mother had threatened to file a police complaint.

Investigators said the man subsequently stabbed his mother to death around 4am on Thursday Thai media reported. In fear of being caught, he dismembered her body and put the parts in the ice container.

On Friday morning when he was taking part in the fire barrier building activity. When relatives and neighbors did not see his mother and asked him where she was? He said nothing at the time, but later broke his silence and told the village headman what had happened.

The suspect was being held in police custody pending further legal action.