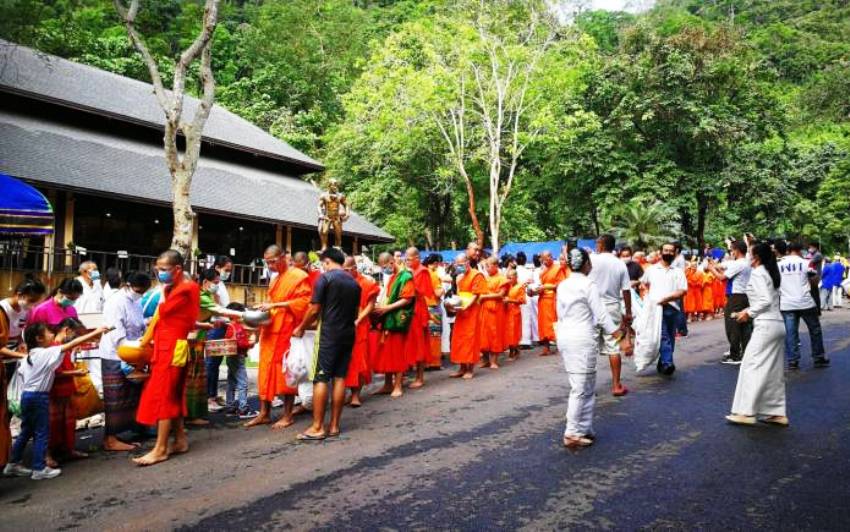 Many residents of Chiang Rai’s Mae Sai district took part in a merit-making ceremony Monday by presenting alms to monks in front of Tham Luang cave. The Tham Luang cave was the scene of a historic rescue operation in 2018. The rescue operation saved the lives of 13 young “Wild Boars” footballers and their coach trapped inside the flooded cave.

The religious event also commemorated the massive rescue operation. Which involved rescue teams from several countries and hundreds of volunteers. It also paid tribute to the late Lt-Cmdr. Samarn Kuna, alias Ja Sam, a member of the Thai Navy SEAL team. Lt-Cmdr. Samarn died of suffocation during the mission.

Among the participants were the young footballers and their coach, Ja Sam’s widow, Mrs. Waleeporn.  Also Vernon Unsworth, a British cave diver, who was heavily involved in the rescue operation.

After the presentation of alms to monks, a ritual was performed to pay respects to the guardian spirit of Tham Luang cave. The event featured several activities, including a panel discussion on the future of the cave. Also its development into a learning centre about the ecological system and future cave rescue operations.