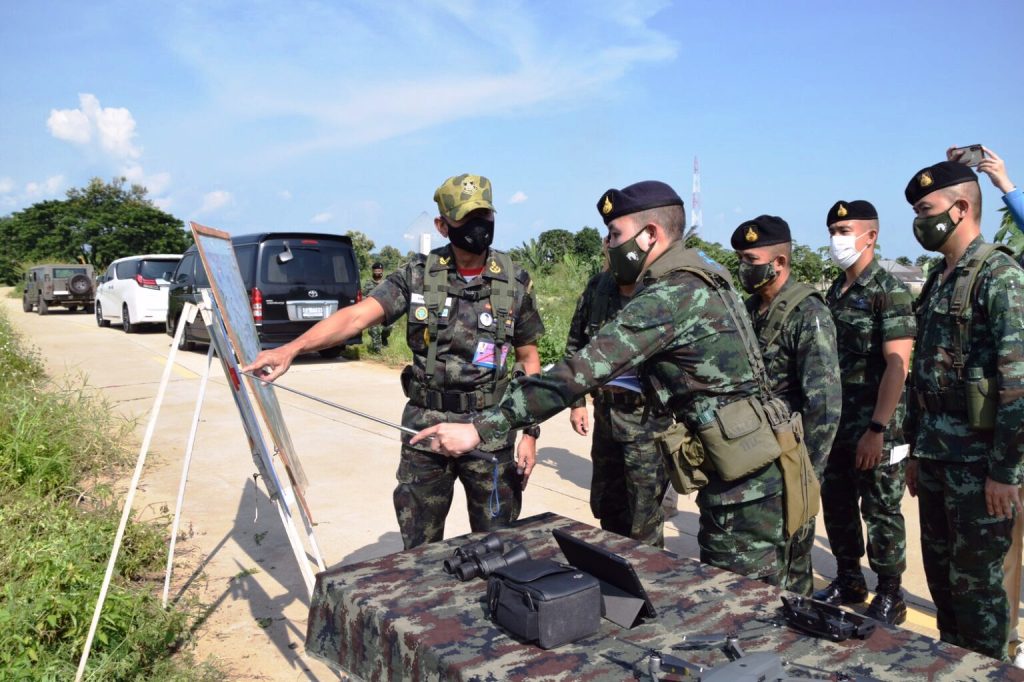 As COVID-19 infections in Myanmar grow, Thailand’s Interior Ministry has ordered Chiang Rai to tighten security along the border to prevent the coronavirus. The Interior Ministry also ordered all other provinces that share a border with Myanmar to also tighten border security.

The Interior Ministry of Interior on Wednesday issued an order to the governor of Chiang Rai and other provinces bordering Myanmar to stop illegal migrants from entering the kingdom and avoiding health screening. The provinces were ordered to set up checkpoints on roads to enforce the control measures. Border security has also been ordered to search for illegal aliens who might have been working in the country.

The order came after new COVID-19 cases in Myanmar have alarmingly risen in recent days. Causing concern of possible spillover of the covid-19 coronavirus. Dozens of Myanmar migrants have been arrested for entering Thailand illegal. They violated disease control regulations in Chiang Rai and Tak during the past week.

Border forces arrested 2 Burmese nationals as they were crossing a river into Chiang Rai just this week. Both men were detained while crossing the Mae Sai river, in the Koh Chang, Chiang Rai.

One of the Burmese men said he travelled from Myanmar’s Shan state and claims he was on his way to study at Chiang Mai’s Mahachulalongkorn Rajavidyalaya University. He said he paid 4,000 baht to an agency in his home country to facilitate his border crossing.

The other Burmese man said he was hoping to find work in Thailand. Adding that he paid Bt17,400 to Myanmar border officials in order to allow him cross. Both men are now being processed by Chiang Rai Immigration. They will also be deported to back to Myanmar after processing and covid-19 testing.