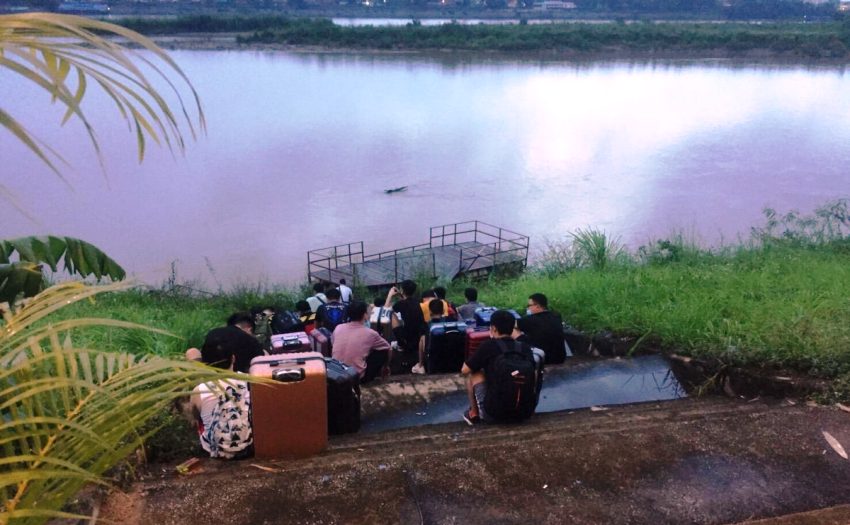 Chiang Rai Immigration police said they were tipped off about the illegal migrants slipping into Thailand from Laos by crossing the Mekong River.

The Chinese Nationals have been charged with illegal entry and defying the emergency decree on public health.

Public health officers were also summoned to do a temperature test on all the Chinese National. Thankfully none of them showed a sign of Covid-19 coronavirus infection.

Even more the group did not have exposure to the general public as they were caught swiftly, Thai Media Reported.

Immigration detained them at the Chiang Saen police station for legal proceedings. Furthermore, investigators were checking their mobile data and usage of their mobile phones. The Thaiger reports that police believe they might contain useful information regarding people who may have contributed to their investigation.

Thailand has been cracking down on illegal border crossings and encouraging residents of border towns to report any strangers. Especially towns that border the Mekong River as its easy for migrants to cross unseen.

Border officials also said there is a danger of illegals importing the virus from elsewhere. This is one of the biggest potential roadblock to Thailand staying covid-19 free.

Thailand’s Borders remain closed for general tourists and only small, select groups of foreigners are currently allowed to enter the country. It’s unclear why the Chinese Nationals were trying to enter Thailand.