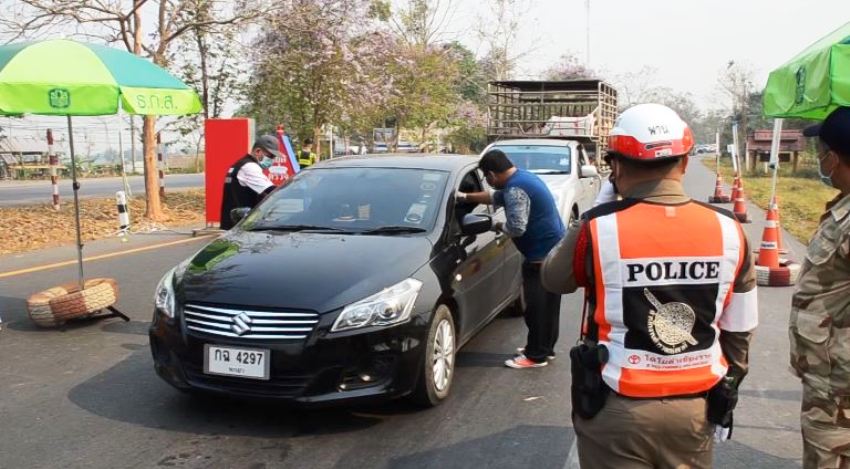 Vehicles and passengers will undergo strict screening by officials at entrance and exit checkpoints.

Those who are found with high fever or failing to wear face masks workers will be not allowed to enter the province.

From Thursday to April 30, only four highways are open for motorists travelling in and out of Chiang Rai to adjacent provinces, Chiang Mai and Phayao. Traveling inside the province is also restricted as nine police checkpoints are set up in the province. Chiang Rai has six active coronavirus cases with no new cases reported in the last seven days.

Chiang Rai province residents still remains under the 10PM to 4AM curfew. The police have warned that those going out during Covid-19 coronavirus curfew hours will be prosecuted and face harsh punishments. Those who intentionally break the curfew without valid reason will face two years imprisonment. Also up to a 40,000 baht fine, or both forms of punishment.

Meanwhile, Governor Prajon has yet to impose an alcohol ban similar to Chiang Mai Province. According to police reports Chiang Rai’s that most citizens have acted diligently to the State of Emergency curfew.

Authorities in Bangkok have joined several other provinces in Thailand and banned alcohol sales for 10 days to help prevent social gatherings. Since the lockdown Thai’s have been gathering to drink and that could spread Covid-19.

The Alcohol ban will be in effect from April 10 to April 20in an effort to contain Covid-19 infections in Bangkok.

Alcohol is now proscribed for about 16 million people, as it is for several others among the nation’s 77 provinces. Just this week Chiang Mai banned alcohol sales as people were breaking curfew and drinking.