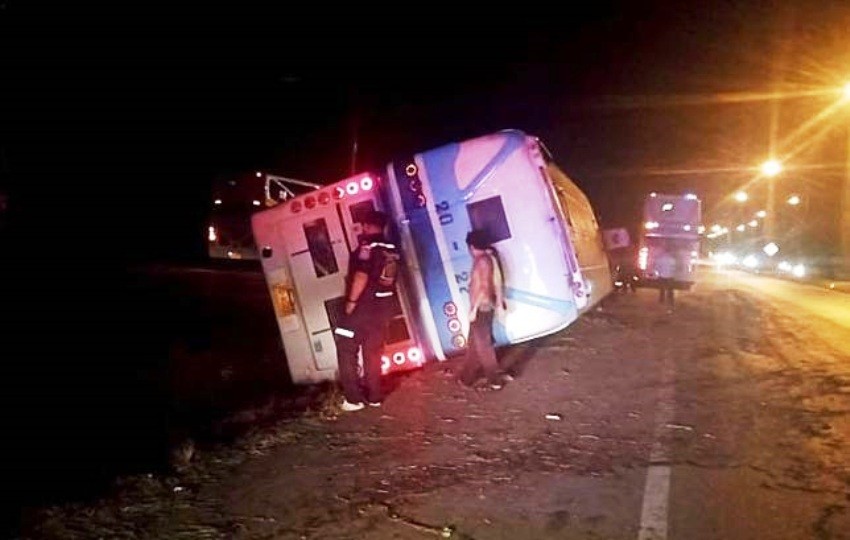 A Charn Tour bus bound for Bangkok from Northeastern Thailand has crashed into a roadside ditch and turned onto its side on the main highway early on Friday morning. The Charn Tour bus driver admitted he was tired and just fell asleep.

Thai police said the Charn Tour bus overturned on the Mittaphap Highway in Northeastern Thailand about 2.30am. Several passengers received minor injuries, but the exact number was not reported.

The bus had 20 passengers when it left the Khon Kaen terminal. Duty officer Pol Lt Kitisak Khomsa-ard said the driver admitted he was tired and that he fell asleep at the wheel. It was the second accident involving an interprovincial bus this week. 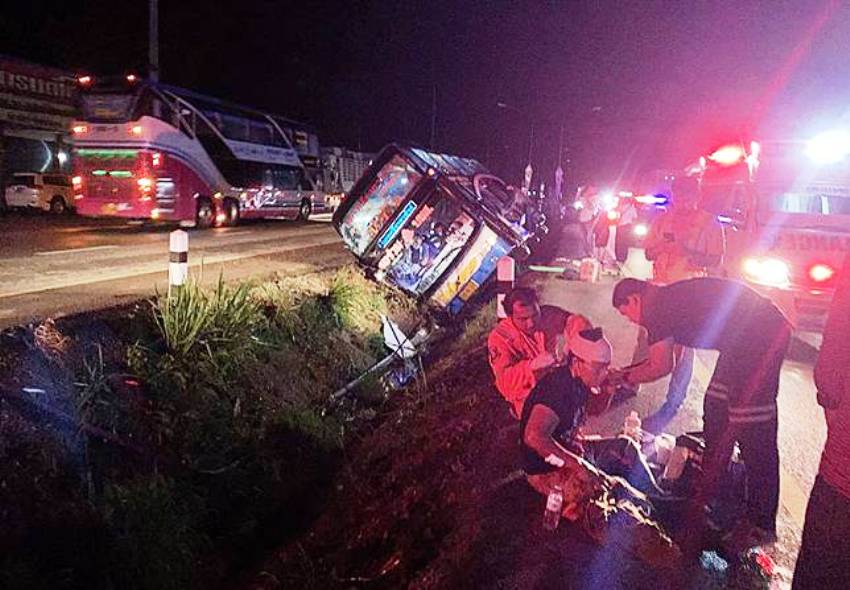 On Monday, five passengers received minor injuries when their tour bus ran off Phetkasem highway and crashed into the median ditch in Southern Thailand on Monday night. Police said the accident occurred about 11.10pm in Prachuap Khiri Khan.

The Bus driver, Mr.Preecha Chansingkhon, 68, told police he left Bangkok for Nakhon Si Thammarat, Thailand. Nearing the Bang Saphan intersection, a bicycle cut in front of the bus, crossing to the other side of the road.

He swerved to the side to avoid hitting the bicycle, and the bus crashed into the centre ditch. Causing the top heavy double decker bus to topple onto its side.

Three men and two women passengers were slightly injured. They were admitted to Bang Saphan Hospital in Southern Thailand’s Prachuap Khiri Khan Province. Two power poles were also brought down by the bus. Furthermore the damage was estimated at about 200,000 baht.

In February, a tourist bus has crashed and overturned killing two passengers and injuring 18 others in southern Thailand. The accident occurred at about 11.30am while a bus was taking tourist to Songkhla province.