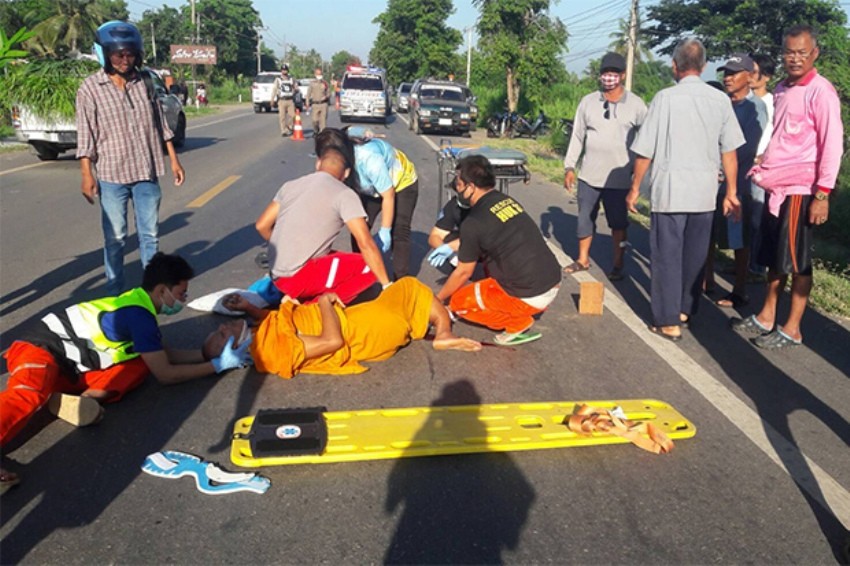 A 70 year-old British expat has been killed and a monk seriously injured after their motorcycle and sidecar were hit by a pick-up from behind. The accident occurred in Nakhon Ratchasima province in northeastern Thailand.

According to police the accident occurred at about 8.30am in tambon Rangka Yai, Phimai district.

The driver of the pick-up told police she was on the way from Surin province, to visit her younger sister in in Nakhon Ratchasima when she hit the motorcycle with a sidecar from the back.

The Briton identified only as David aged 70, who was driving the motorcycle, was killed. The Monk Phra Wasant Boonkham, 59, who was riding on the sidecar, sustained two broken legs.

David’s wife, said her husband was taking the monk, (her elder brother), to Wat Suntarikaram temple at when the accident occurred. The temple is only 1km from the accident scene the Bangkok Post reports.

Police were investigating to establish the cause of accident the tragically killed the British expat.

Elderly man dies after being hit by motorcycle 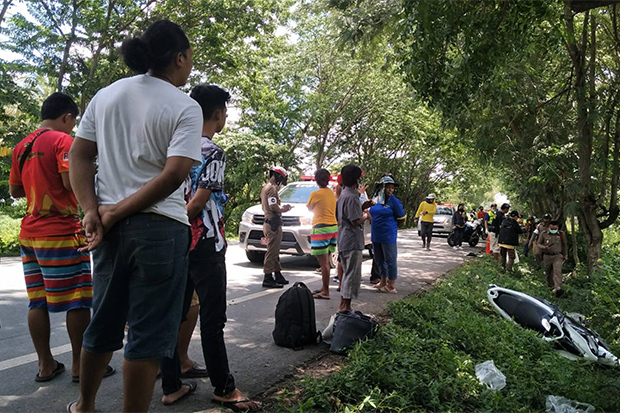 Meanwhile, an elderly man died after being hit by a motorcycle while crossing a road in Phimai district Nakhon Ratchasima on Sunday. The motorbike’s driver and pillion rider were injured.

The accident occurred at about 1pm in Phimai district of Nakhon Ratchasima province.

Eyewitnesses told police that while a man was walking across the road when he was hit by a motorcycle. Witnesses also said the motorcycle was running at high speed.

The man, identified later as Sompong Khomeeklang, 72, suffered a broken neck and died. The man driving the motorcycle and a woman pillion rider were injured.

The two, who were yet to be identified, were admitted to Phimai Hospital for treatment.

The Thailand Health Promotion Foundation and road-safety watch teams reports motorcycles accounted for up to 70 per cent of the fatal crashes in Thailand. Followed by 14 per cent involving personal cars or pickups and 10 per cent pedestrians. These numbers were released as part of a 2018 Thailand survey.

The findings – based on information from the Public Health Ministry, the Royal Thai Police and Road Accident Victims Protection Co Ltd – showed that a third of the victims were men and most were between the ages of 15 and 24.