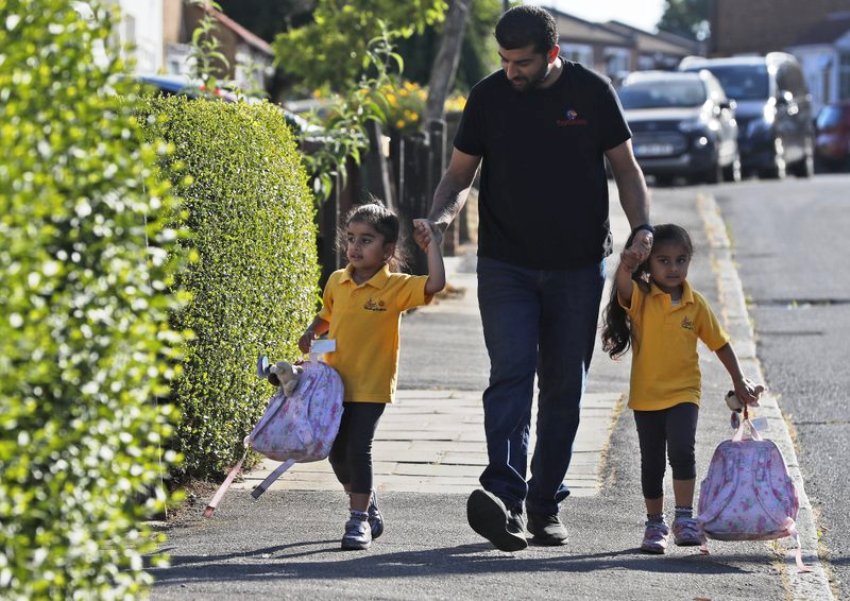 Great Britain eased more lockdown restrictions Monday despite warnings from “some health officials” of another spike in covid-19 infections. Especially if Britons persisted in flouting the new guidelines.

Most of the changes were in England, where a number of schools reopened to some — but not all — younger children for the first time since they closed in mid-March.

The easing of the lockdown, particularly in England, has raised concerns that it is taking place too soon for economic rather than health reasons, given a still-high level of coronavirus infections. Also a lack of evidence showing that the recently rolled out track and trace system is working properly.

Even in Scotland, there are worries over another spike in infections. Scottish First Minister Nicola Sturgeon warned that her government may reverse course if people contravened the rules as they did over another sunny weekend.

She said police in Scotland dispersed 797 groups on Saturday alone for not abiding by the guidelines. Also five times higher than the previous Saturday. She also said road use on Sunday was up 70% on the week before.

Beaches and parks packed in Britain

Sturgeon said the rules will be tightened “if there is continued evidence of even a minority not abiding by these guidelines and travelling unnecessarily, if people meet up in larger groups or if they’re making journeys which risk spreading this virus.”

Over the weekend, as the U.K. basked in warm sunshine, beaches and parks were packed, with many people clearly not observing social distancing guidelines to stay 2 meters (6 1/2 feet) apart.

The four nations that make up the U.K. — England, Scotland, Wales and Northern Ireland — are moving at different speeds out of the lockdown that began March 23.

England has gone furthest. As well as reopening primary schools, groups of six people are now able to meet up outdoors, including in gardens, provided social distancing guidelines are observed. Those people considered vulnerable, who have been asked to remain indoors and stay away from other people since March, are now also able to go for a walk.

British Health Secretary Matt Hancock, who legislates on the changes in England, sought to counter concerns. While saying the government would tighten restrictions on a local level in the event of a flare-up.

“The data show that we’re winning the battle against covid-19 in Britain,” he said. “Today, we’re therefore able to make some cautious changes to the lockdown rules carefully and safely.”

Hancock pointed to the fact that the confirmed number of new daily infections was 1,570, the lowest since March 27.

He also said the U.K. recorded 111 new coronavirus-related deaths. The lowest daily total since the lockdown was put in place on March 23. However, figures released on Mondays have throughout the pandemic been artificially low because of a lag in reporting deaths during the weekend.

Still, that increase took the U.K.’s official coronavirus death up to 39,045, which is 556 higher than the equivalent total announced yesterday. That raised questions over where these extra 445 deaths came from. The government said they were linked to cases identified through testing by commercial partners.

Whatever the merits of the easing, parents across England had difficult decisions to make Monday. And the early evidence suggests that a lot opted against sending their children to school.

Geoff Barton, general secretary of the Association of School and College Leaders, said the picture was “very mixed,” with head teachers reporting that the attendance ranges between 40% and 70% of the eligible pupils.

“Schools have remained open to vulnerable and key worker children throughout the lockdown period. Also as the lockdown eases, it is likely this will lead to greater demand for places,” he said.

Emma Corps, 39, was one parent who decided to allow her five-year-old daughter Isla to attend school.

“I was a bit anxious, but she was excited and I think they need to go back to school as there needs to be some sort of normality back in their lives,” she said at the gates of Queen’s Hill Primary and Nursery School near Norwich.