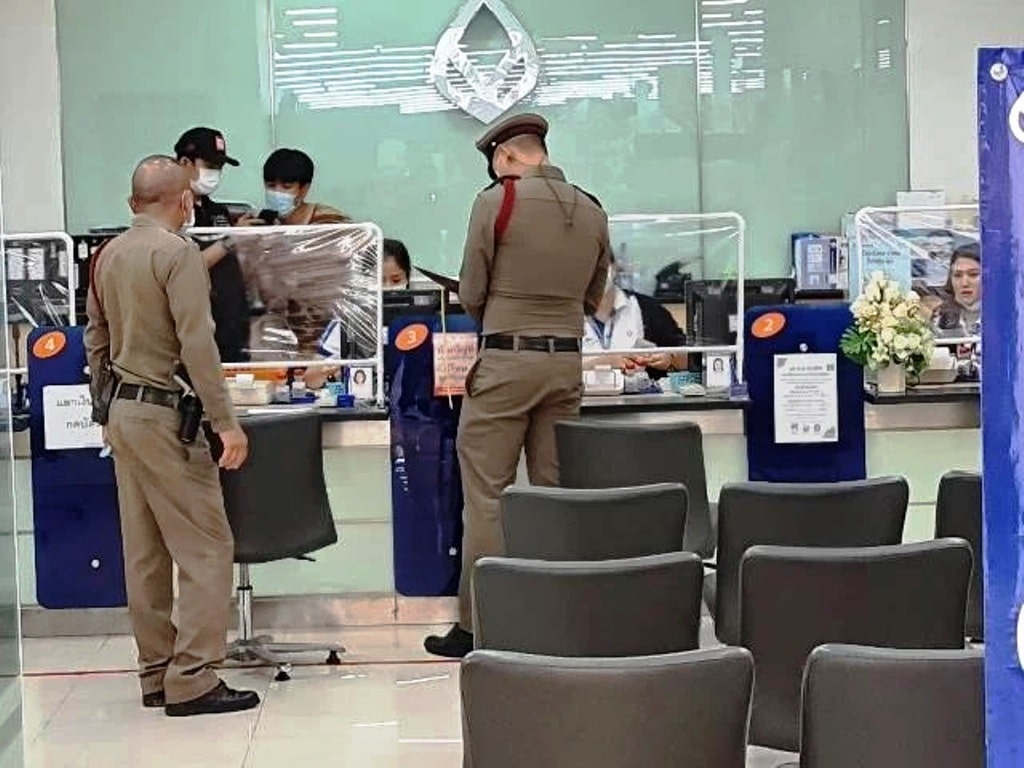 Police in northern Thailand have reported a masked man robbed the Bangkok Bank inside a Tesco Lotus in Chiang Rai’s Chiang Khong district.  The Bangkok Bank teller told police the masked man got away with Bt80,000.

At the scene, the Bangkok Bank employees and customers told police that a slender man, about 165 centimeters tall, dressed in a black jacket, gray pants, black hat and mask, walked into the Bank and took a seat for customers in front of the staff service counter.

When called by the Bank service staff he approached the bank teller and handed note folded in half that said, “This is a Bank robbery, Shut up I have a gun”. Put your money in the bag and hurry up.” His other hand was inside his jacket pocket as he pretended to be holding a gun to intimidate the bank teller. 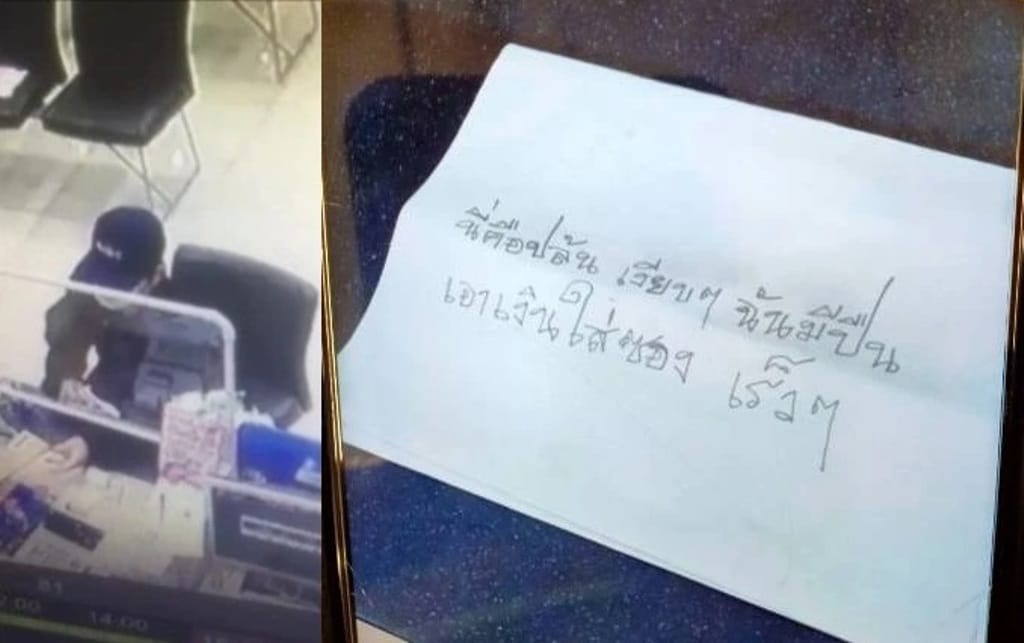 The people behind him were unable to see that a bank robbery was occurring. The bank clerk handed a brown paper bag containing about 80,000 baht to the bank robber, who escaped through the front door. The bank teller then pressed the emergency police signal.

Pol Col Chaiyut Chimplee, director of the Chiang Khong Police Station order the policemen check CCTV footage to see if the robber could be identified by anyone in the Bank or Tesco Lotus Chiang Khong Department Store.

Police are also checking outside CCTV footage looking for anyone who may have assisted in helping the bank robber escape the scene. Last year two men staged an armed robbery outside a Bangkok Bank in Chiang Rai’s Chiang Saen district. The pair road off with over a Million baht in cash. Dressed in black and wearing motorbike helmets, the thieves managed to grab Bt1.05 million in cash before fleeing on a motorcycle.