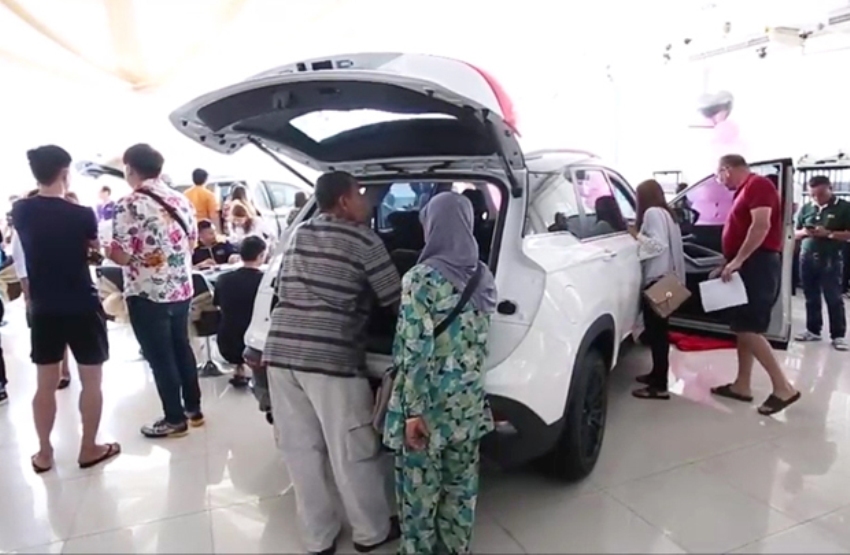 Car Buyers in Thailand have flocked to Chevrolet showrooms to snap up models sold at discounts up to half price. The discounts come after General Motors announced its withdraw from Thailand by years end.

Chevrolet dealers were thronged by potential buyers on Wednesday after the sale began. Some models sold for less than half price. The new Captiva 1.5 LS Turbo, for instance, was offered at 499,000 baht, down from 999,000 baht. The price of the Colorado Trailboss MT 2WD was reduced from 859,000 baht to 655,000 baht.

The Captiva SUV is one of the best-selling Chevrolet models in Thailand.


A Bangkok showroom has temporarily stopped selling the Captiva. We will inform you if more become available,” the dealer posted on Facebook.

Mr. Surat Chunaka, a sales manager at a dealer in Pattaya, said he was no longer accepting orders for the Captiva. But other models were available, he said, adding the showroom sold more than 100 cars on Wednesday.

ฺBuyers have to make a deposit to reserve a car and then pay the balance on the day of delivery.

The Chevrolet sales campaign follows the decision by GM to stop selling Chevy in Thailand. GM plans to sell its Rayong factory to the Chinese automaker Great Wall by the end of this year. About 1,500 workers will be unemployed after the American company closes down its Thai operations. GM is also closing factories in Australia and New Zealand.

GM Thailand posted a message on its Facebook account saying services would continue as usual for the time being. According to the Bangkok Post the Chevrolet didn’t specifying when they would cease.

Titikorn Lertsirirungsun, manager for Southeast Asia at research firm LMC Automotive, has said GM would provide maintenance services for local Chevrolet owners for the next 5-10 years. He also said it depended on the stock of spare parts.