Australian's Wife Jumps to Her Death With Baby in Bangkok
Advertisement 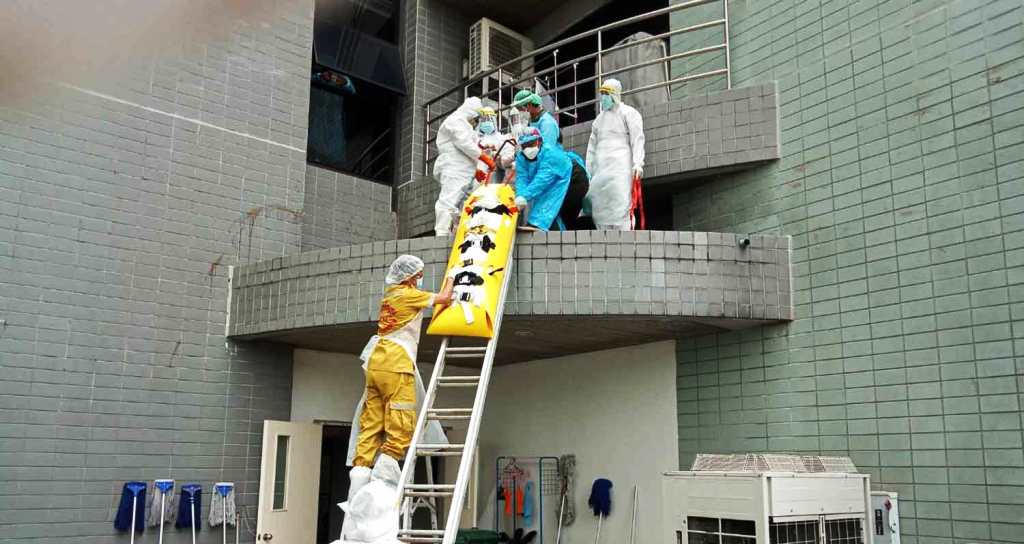 The wife of an Australian man has jumped to her death with her 8-month-old baby from the ninth floor of a condo in Bangkok’s Pathumwan district, police reported on Wednesday morning.

Bangkok police and rescue workers were called to the horrific incident around 6.30am.

Upon arriving at the 21-storey condo building located at Soi Mahatlek Luang 3, they found the bodies of a Thai woman and baby on a second-floor overhang. The woman was wearing a T-shirt and shorts and the baby was in blue and white clothing.

Police said the 37-year-old woman and 8-month-old baby lived with her Australian husband on the third floor.

According to a police source the couple had been quarreling and in anger the woman carried her baby to the ninth floor, and then jumped. Police found medication for depression and stress in the couple’s room.

They were still questioning her Australian husband.

The dead woman was identified as Pranaiya Oulapathorn. Media reports said she ran a diamond business. The reports said she graduated from Oxford University and married her Oxford friend in 2017.

Last week, a German man was found dead with a gunshot wound to the head in a hotel room in Patong area of Phuket. Police believe he committed suicide.

Police accompanied by a doctor went to the Amata Patong Hotel to investigate. They found the German man, 41, lying dead in a bed in room No 827 on the 8th floor.

There was a gunshot wound to the man’s head, the investigator said. The 9mm bullet from a Kahr pistol had passed through the head from the right temple to the left. The pistol was still in the dead man’s right hand.

The police also recovered his German passport, along with a letter remonstrating about a Thai woman and asking whoever found his body to send his belongings to his relatives. A quantity of anti-depressives were also found.