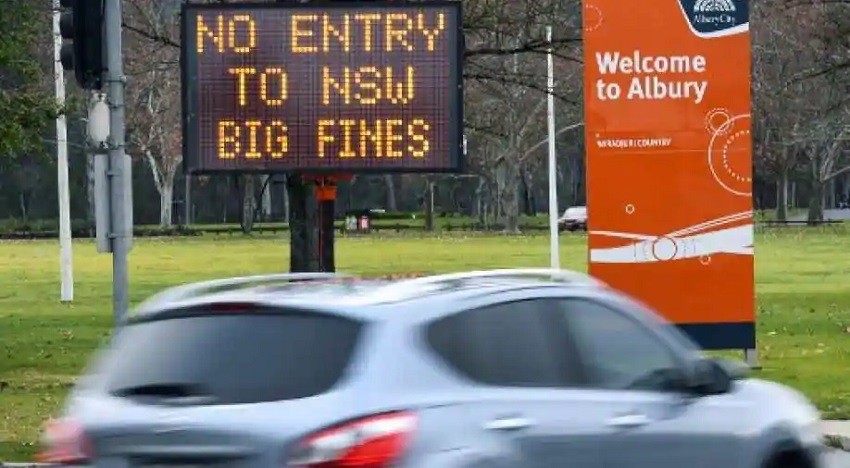 Australia’s Prime Minister has ordered the lockdown of millions in its second-biggest city to combat a surge in Covid-19 coronavirus cases. The lockdown comes as nations across the planet scrambled to stop the rampaging pandemic.

While some countries are worried about second waves of infections, the worst-hit is the United States. India and Brazil are also struggling as COvid-19 cases surge. Global infections have topped 11.6 million with more than 538,000 Covid-19 deaths.

Australia which had largely suppressed its outbreak has locked down 5 million people in Melbourne to fight a recent Covid-19 outbreak. “We can’t pretend” the crisis is over, said Daniel Andrews, premier of Victoria state. This comes after Melbourne reported 191 new cases in 24 hours.

“These are unsustainably high numbers… There is simply no alternative but to the lockdown citizens. Above all to prevent thousands and thousands of Covid-19 cases.

The restrictions in the Melbourne metropolitan area will begin at midnight Wednesday. The Victoria state was effectively be sealed off from the rest of the country a day earlier.

Meanwhile, the United States is still dealing with its first coronavirus wave. Officials have said hospitals in some parts of the country are in danger of being overwhelmed. With many states hit particularly hard after they eased virus restrictions.

Around the world, governments are struggling to balance the need to reopen economies. Wrecked by weeks of lockdown measures against the risk of new infections.

There has been a wave of new infections across the world. Iran, which announced 200 new deaths on Tuesday. South Africa to India and Brazil — whose President Jair Bolsonaro was tested for Covid-19 after showing symptoms including fever. Brazil is also the second worst-hit country in the world with more than 65,000 deaths and 1.6 million infections.

Meanwhile, reports of an emergent viral infection transmitted from pigs in China dominated the news earlier this week. Newspapers and television channels reported that a new strain of H1N1 (also known as swine flu) had started infecting workers.

Named G4, it is genetically descended from the H1N1 strain that caused a pandemic in 2009.

It possesses “all the essential hallmarks of being highly adapted to infect humans,” say the authors, scientists at Chinese universities and China’s Center for Disease Control and Prevention.

The recommendations of scientists were that it must be controlled with a great deal of urgency. Furthermore it has the potential of becoming yet another pandemic.

The researchers then carried out various experiments including on ferrets, which are widely used in flu studies because they experience similar symptoms to humans. G4 was observed to be highly infectious.

Replicating in human cells and causing more serious symptoms in ferrets than other viruses.

Tests also showed that any immunity humans gain from exposure to seasonal flu does not provide protection from G4.