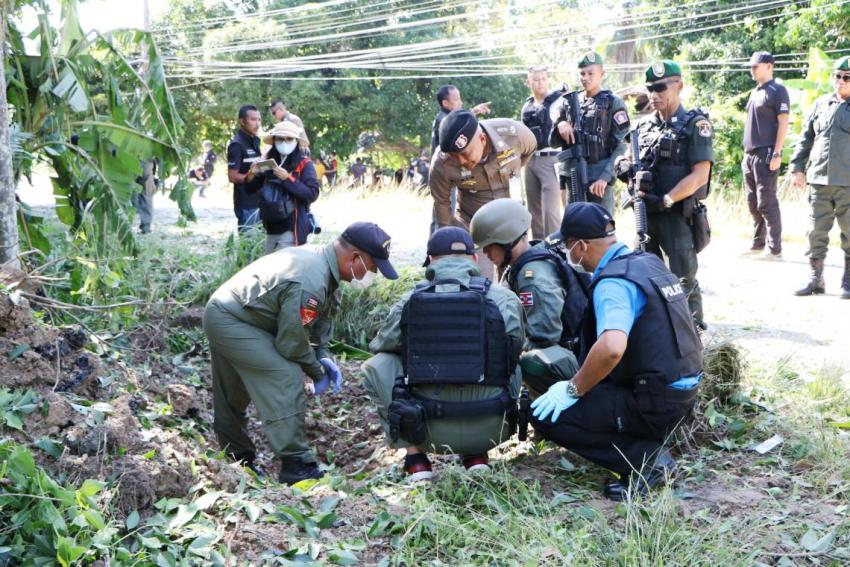 Two army rangers have been injured in a bomb blast as they team were returning from a cleanup at a mosque to combat the spread of covid-19. The bombing took place in Rangae district of Narathiwat on Friday evening.

Eight rangers were returning to their base when a roadside bomb went off, he said.

The force of the blast wounded two soldier who were sitting in the back of the pickup truck. They were rushed to Rangae Hospital.

Police, soldiers and bomb disposal officers who went to the scene found a heavily damaged power pole and shrapnel scattered in the area. The military pickup was partly damaged, the Bangkok Post reports.

The army rangers had been helping with a cleaning activity at local mosque on Friday. The home-made bomb, was planted near a roadside power pole. It was detonated when their pickup passed the spot.

Authorities believed the bomb was the work of Muslim insurgents seeking to target security forces.

Just last week, 25 people were injured when two bombs were set off outside an Administrative Centre in Yala. Authorities where also  meeting on Covid-19 prevention at the time of the explosion.

Posts on a Facebook page linked alleged supporters of the BRN, the largest armed group in the region, had appeared to warn of an imminent attack on Saturday. Pictures of the attack scene were later posted with the words “as promised.”

The attack occurred while officials were meeting at the Southern Border Province Administration (SBPAC) office. They were in Yala to discuss Malaysia’s decision to close its borders to contain the spread of coronavirus.

Attackers drew people to the spot by tossing a hand-held device into the yard of the building. Then remotely detonated a car bomb in front of the compound, said Pol. Col. Narawi Binwae-arong.

“While officials were meeting on COVID-19, two men on a motorcycle tossed a bomb over the fence. Later the car bomb was set off,” Narawi told reporters. “At least 25 were injured, including the deputy director of the SBPAC.”

“On a surveillance camera, we found a pickup truck carrying wood was parked at the site before the explosion,” he said. The driver left the scene with a man on a motorcycle, according to officials.