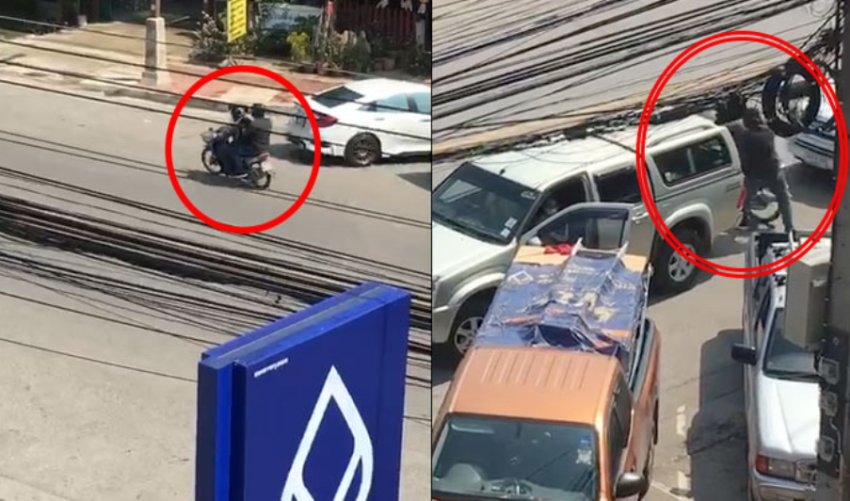 The police in Chiang Rai have arrested a man in connection with the armed robbery at the Bangkok Bank in Chiang Saen on Monday. His arrest comes after police managed to track down the gun that was used in the crime.

The suspect left the gun with a friend after committing the robbery, who allegedly contacted Chiang Rai police.

He denied all charges and claimed no connection to the robbery. However after further interrogation the suspect admitted to the armed robbery.


Police Col. Sottasak Pimolthip from the Chiang Saen Police Station said  the suspect (Mr. SitthichokU use to work in the Agriculture cooperative. This explains how he knew when Ms. Watcharin was going to the bank, he said.

Police Col. Sottasak said Mr. Sitthichok had only 200,000 THB remaining from of the 1,005,000 THB he stole. He told police the balance was used to pay off gambling debts.

According to Thai media they are still hunting for the driver of the motorcycle.

Mr. Sitthichok and his accomplice staged an armed robbery outside a Bangkok bank Monday morning. The pair road off with over a Million baht in cash.

Dressed in black and wearing motorbike helmets, the two managed to grab Bt1.05 million in cash before fleeing on a motorcycle.  The robbers have been watching the Agriculture cooperative employee, studying when she withdrew cash. They learned her pattern and knew when her next cash withdrawal would be.