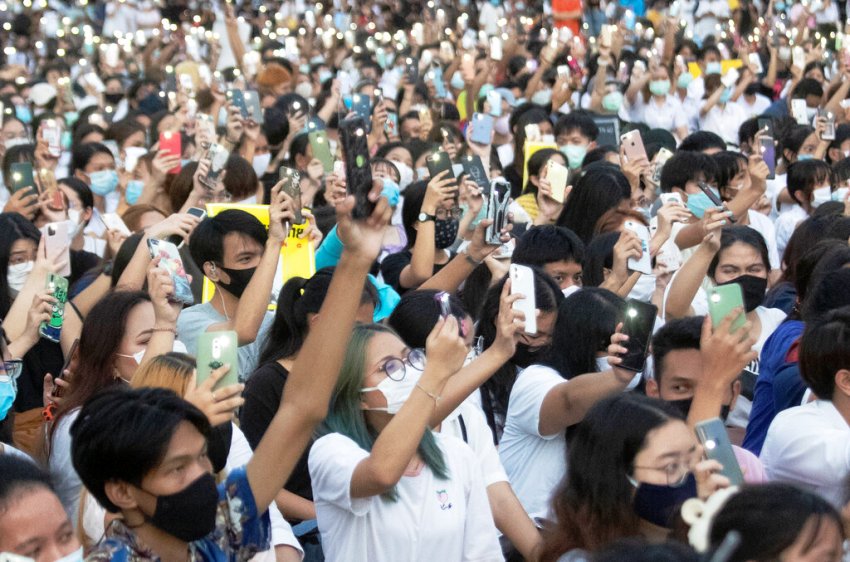 More than 100 academics in Thailand have voiced their support for anti-government protesters who raised a 10-point manifesto on reform at Thammasat University on Monday. The academics say the proposal does not undermine the Palace. This move comes after senators and royalist accused the students of violating laws and undermining the monarchy.

The academics’ statement stated that the anti-government protesters had raised the subject of the monarchy’s role in Thailand. They proposed amendments to the Constitution to make the country democratic and ensure the status of a constitutional monarchy.

The statement also added that the anti-government protesters were sincere. Furthermore they expressed their opinions within their right to freedom of expression. Freedoms guaranteed by Section 34 of the Constitution. Moreover, they said, their activities are also in line with the International Covenant on Civil and Political Rights, which is recognized by Thailand.

Academics also expressed their support for the 10-point manifesto to reform the monarchy in Thailand. Saying: “The 10 proposals do not violate the criminal law in relation to Lese Majeste. Nor does any of the information in the manifesto aim to defame the King. On the contrary, it’s a straightforward proposal that aims to protect the constitutional monarchy and democracy.”

In the statement, the academics said it was the universities and academic institutions’ responsibility to promote answers that will help society move forward and give the public an open space to exchange ideas that foster public interest.

“Educational institutions must not avoid or shut the door on freedom of expression. The universities should set an example and teach society to face challenges with patience, which is essential to democracy,” the statement said.

It said that though there are many different opinions people may not be happy with, they should be tolerated as long as these opinions do not incite violence.

“Condemning those with different opinions of violating and undermining [some institutions] does not help society advance intellectually, while the value of debate is diminished by hate speech,” the statement said.

It concluded by saying that academics across the country were signing the statement as they believe protesters had exercised their basic right of freedom of expression guaranteed by the charter and in line with international human-rights laws. It also said that the proposals demand courage in debating sensitive issues.

“So instead of rejecting the manifesto, Thai society should learn from it. Above all on how it can raise the level of tolerance in exchanging reasonable ideas to ensure sustainability of democracy in Thai society,” the statement added.

As of 7pm on Wednesday, some 130 academics had signed the statement, local media reported.

More academics will on Thursday join a campaign for students’ right to freedom of expression, an academic told the Nation.