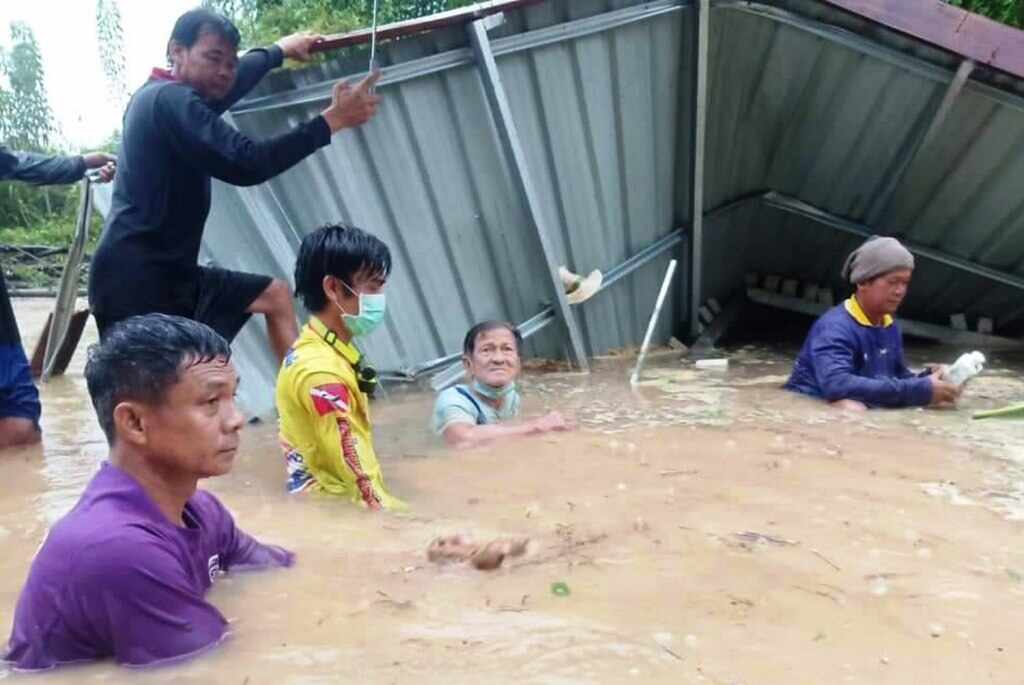 An elderly man in northern Thailand was lucky to survive after his houses kitchen collapsed and plunged into the Yom River in Phitsanulok Province on Thursday morning.

Rescue workers rushed to Ban Wang Ped village around 6am after being alerted that the elderly man was stuck in chest-deep water, trapped by the wreckage of his collapsed kitchen.

Uopn there arrival they found 79 year-old Mr Khua Meeyaem chest deep in water with legs were caught under a cement slab. The cement slab was part of the wall of houses kitchen. Local residents joined the rescue workers in the race to save him before the river  depth and current increased

According to Thai media the dark muddy water made the rescue difficult.  Rescue workers used an iron bar to lift the cement slab from off his legs. He was finally released from under the cement slab and pulled from the river.

The elderly man suffered minor injuries to his left leg and was exhausted. Rescuers transported him to a hospital where doctors attended to his injuries.

Meanwhile, in northeastern Thailand heavy rains caused earth and rocks to slide down a hillside and damage part of the single-storey monastery building. The monastery building was being used as an isolation centre for people suspected of Covid-19 infection.

Ten patients escaped possible injury, or even death. Above all because they had left the monastery building earlier for Covid-19 tests at the local Hospital. They returned about noon to see the damaged building.

The temple Abbott said the landslide severely damaged the building, which was normally used to house temple monks.