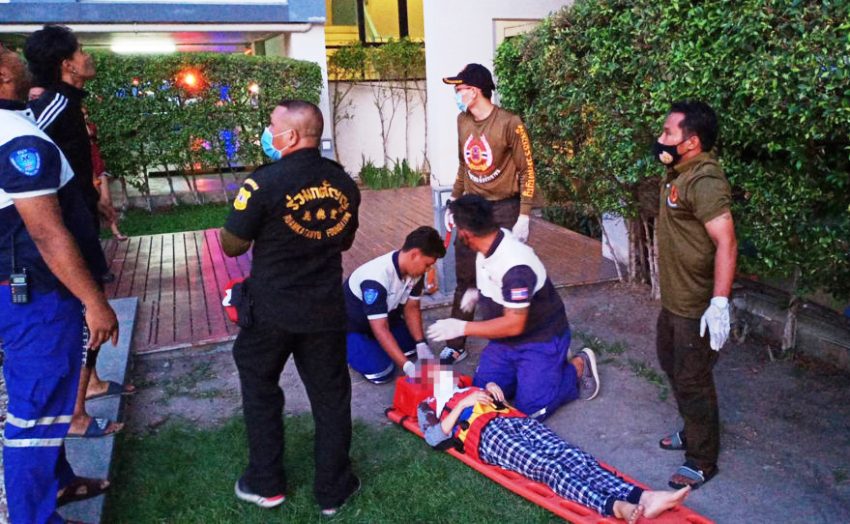 Pol Capt Jatuporn Boonprasong, said he was informed of the incident at about 6pm yesterday evening. Police and rescue volunteers rushed to the dormitory in Soi Bang Na-Garden in Samut Prakan to investigate.

When they arrived the 23 year-old university student was found lying on the ground with multiple injuries.  She was admitted to Ruamchai Pracharug Hospital for treatment. She was later declared out of danger.

Her roommate another university student told police that while she was in the bathroom she heard people screaming that somebody had fell to the ground. Went she exited the bathroom couldn’t find her friend anywhere in the room.

The roommate then looked over the balcony and saw her friend lying below.

The roommate told police that her friend had previously complained about her personal problems. She told police she did her best to console her.  Police are looking for CCTV cameras to establish the cause of the incident.

According to Thai media, Police waiting until the girl is in stable condition at the hospital before interviewing her.

The University student jumped from the 5th floor of her room