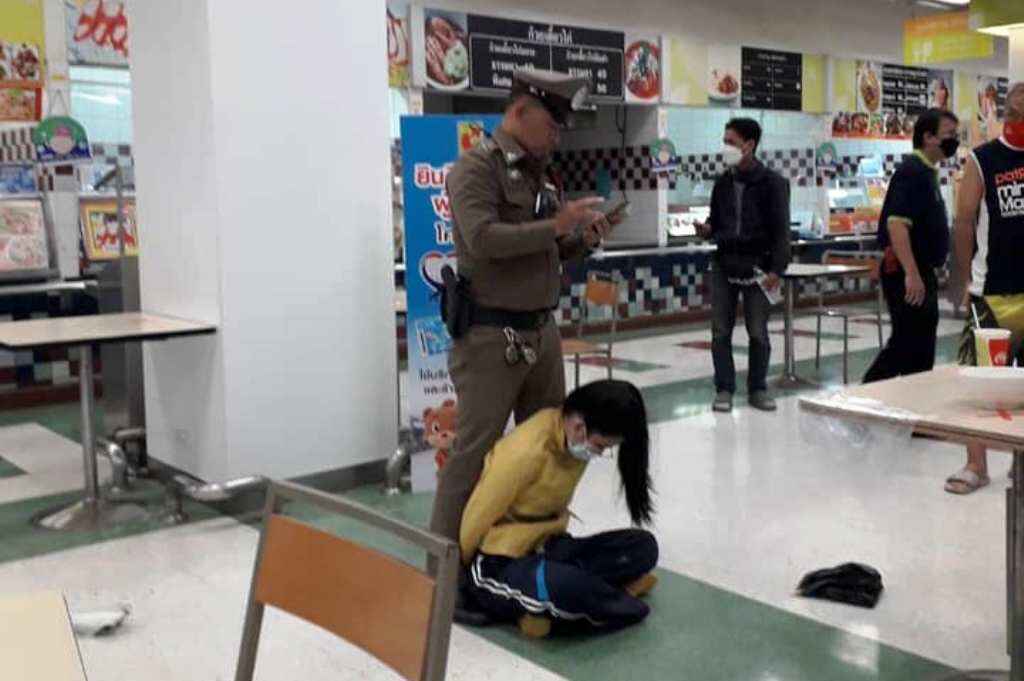 On Sunday a 17 year-old girl was arrested for attempting to rob a gold shop at the Big C in Nonthaburi province in central Thailand. She wore a baseball cap, gloves and a face mask.

After approaching the gold shop the teenager pulled out a kitchen knife and gave a note and a black bag to the manager of the gold shop, who was working the counter at the time.

The note read: “Please Put money and gold in a bag and don’t shout, there’s no need to kill”.

The gold shop manager did as she was told and put gold necklaces and rings in the bag. The total amount of gold was worth 400,000 baht.

The manager then handed the bag to the teenage girl and as she started running the manager shouted for help yelling the gold shop had been robbed.

A policeman on patrol at the mall managed to grab the teenager and detain her until other officers arrived.

The teenager later told police that she put money into an online investment website after seeing an advertisement on social media. Encouraged by a big return she invested 50,000-baht of a life insurance payout from her father’s death in it. She soon discovered it was a investment was scam after she could not contact the website owner.

When her mother, who was being treated for Covid-19 started asking about the money, she panicked.

Her grandmother told police the girl had been staying with her for three years and studied from home. In recent months, she has been learning online and had never told her about her trouble.

On Sunday, her granddaughter told her she would go to see a dentist.

The teen now faces 1-5 years in juvenile detention.  If her punishment is more than three years, it can be suspended.

The Central Juvenile and Family Court release her on 15,000 baht bail that was put up by her schools director.

Meanwhile, cybercrime police investigators are also looking into the case to take legal action against the online investment scammers.

China’s Sinovac Vaccine in the Crossfire of Protests in Thailand