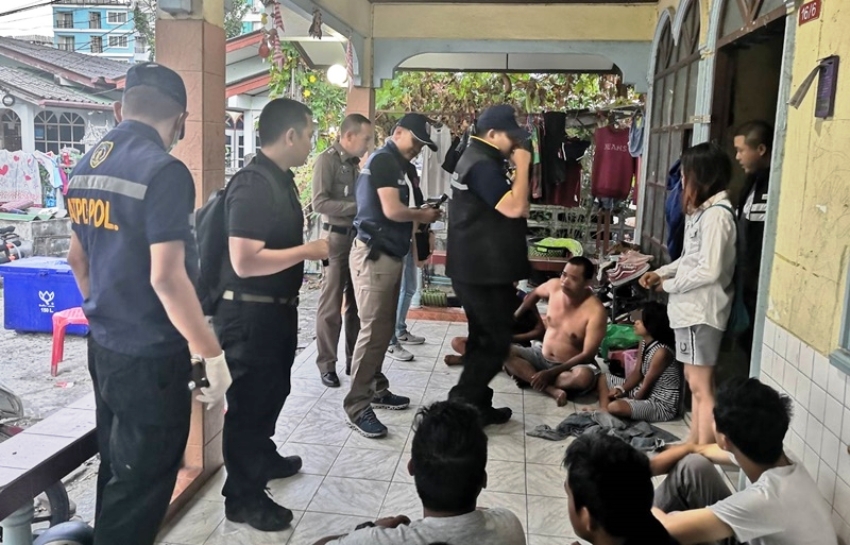 17 children believed to be Cambodian and Vietnamese were rescued in anti-human trafficking raids in Patong, Phuket. A Thai woman and Cambodian man, Ngo Sun and Suphattra Charoensuk were charged with human trafficking and forced labour.

The minors were brought into the custody of Phuket’s shelter for children. Furthermore authorities will screen them to determine how they were trafficked into the country.

The raids came after a victim of a human trafficking gang who managed to escape to Bangkok several months ago. The victim sought the help of the Anti-Trafficking in Persons Division, said Pol Lt Gen Jaruwat Waisaya.

According to Pol Lt Gen Jaruwat, some victims were lured into forced labour in Phuket. While several had “voluntarily worked” with at least four human trafficking gangs. The gangs forced them to beg for money from tourists, selling sunglasses or garlands on the street of Phuket.

“These children, some of who were less than 15 years old. They were forced to work from midday until midnight every day without a day off,” he said.

“Some of them didn’t get paid at all and all they were given were meals and also a place to sleep in rented houses.

“Those who failed to bring back 3,000 baht a day were regularly whipped with a clothes hanger or beaten,” he said.

According to investigators, the children’s parents were actually paid by traffickers who essentially “bought” the right to employ them as hawkers in Phuket. Many were even told that their children would have an easy job in Thailand which pays about 5,000 baht a month.

These traffickers would also take the the children into Phuket Thailand via unmarked border crossings, police said.