What is IPTV, and How Does Internet Protocol Television Work?
Advertisement 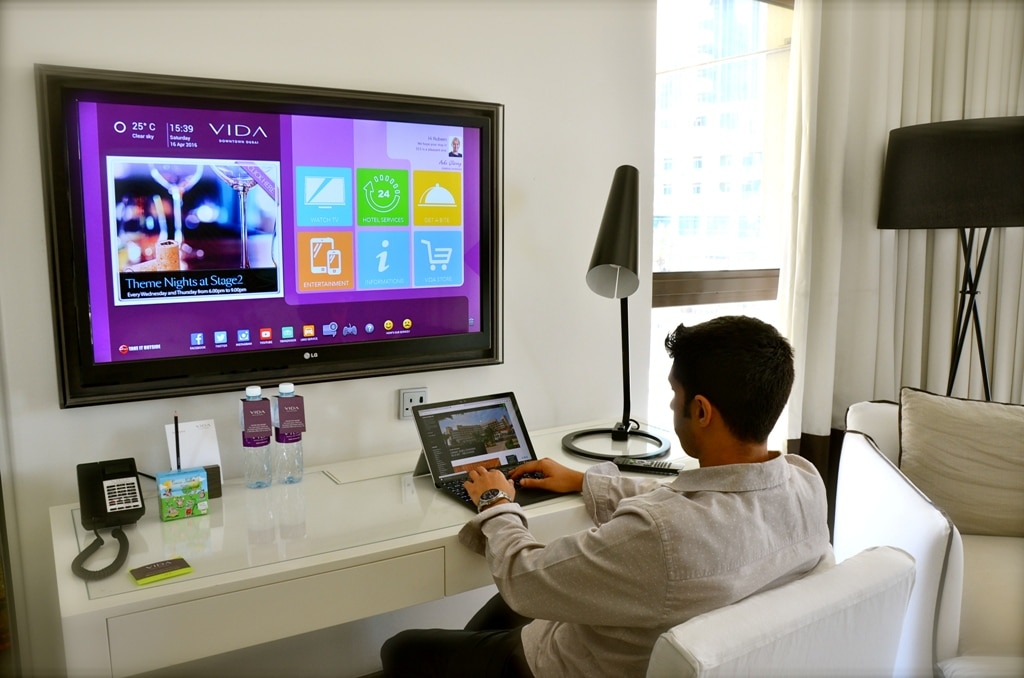 From the viewpoint of TV enthusiasts, internet protocol television (IPTV) is a very simple service that supplies the broadcast signals from the antenna, satellite, or optic fiber cable to the television on which streaming of various channels will be visible.

But in a broad view, IPTV is defined as the multimedia service like television, video graphics, web shows; the live stream is transported with the help of internet protocol networks (across an access agnostic, packet-switched network) administer to fulfill the level of quality, security, interactivity, experience, and reliability.

Standard television runs on the 1-10 Mbps speedy network, while the IPTV provides the internet speed range of 10-100 Mbps. To watch your programs, you need a setup box connected to the television and rooftop antenna, processed by an iptv provider, and you are all set to access the high-speed internet and HD video stream.

There are mainly three types of iptv that are video on demand (VOD), time-shifted iptv, and live iptv or IP simulcasting. All types are run through a high-speed internet and supported setup box. Here below, a discussion about the working and programming of iptv is done.

Iptv works on the radio waves transmitted through the server tower to the satellite and through satellite to the rooftop antenna at your home. Those radio waves are converted into electrical signals and decoded by the setup box and stream in a video and audio on the television sets.

Firstly, the tv programs visible to the customers are prerecorded or shoot live with a video camera has to be translated into the digital format so that they can be easily forwarded in the form of electrical packets using the internet protocol (IP). Sometimes the digital is edited poorly and streamed as the standard quality having resolutions on the tv sets. It is necessary to process the video a bit extra to shift it into the high definition (HD) quality of resolution.

Preparation of video in an HD format is based on the range of the bandwidth. If bandwidth is limited in the range, it is very difficult to produce a high-quality video. And to void buffering of video, shift to the lower pixels for the video like 3GP, MPEG4, etc., one can contact the iptv providers to increase the bandwidth for getting the superb quality of stream on the television screens.

The broader the bandwidth, the higher amount of electrical packets will be received, which produces an outstanding realistic quality of the video graphics. These types of conversions are generally known as analog to digital conversion.

While internet browsing, one forms the connection between two computer systems and receives informative data from the hosting computer and shown on the user’s computer. The same process is done while streaming content through iptv. Always keep in mind setup is responsible for converting radio signals into electrical readable signals; it’s the high-speed internet responsible for the smooth broadcasting of the stream efficiently.

When a user gives a command by the remote control to the setup box, they are surfers at that time, who are browsing for the desired channel. The signal is sent in the form of packets of energy to the host computer of that channel. In response, the host will send a programming signal to the receiver computer in the form of electrical packets that are further captured by the antenna and converted into the readable memory by the setup box and the motherboard present in the setup box.

And broadcasted or streamed on the tv sets. This lengthy process is so quick that it takes less time than a blink of an eye. The stronger the internet network user has, the faster this process is. This royal game of uploading the single and downloading a signal is played whenever a user changes the channel or presses the button or remote control to produce the desired action.

Moreover, for good synchronization with the server’s worldwide network, it is also denoted as content delivery networks (CDNs). It is a critical process as signals in the form of packets of electrical energy are uploaded on the server and simultaneously downloaded from the server. If the glitch occurs for a long time, such as several hours, one can chat with the iptv providers of service to resolve the problem and get a better solution.

Everyone who has a computer system or smartTV with a high-speed broadband connection can watch the iptv by installing the setup box with help from iptv providers. Always remember about the internet connection, either via Ethernet or wifi connection, for the streaming of content which will decode the signal and display to the television screen.

Watching internet protocol television ( IPTV) is a very smooth process, but the working and programming process is very complicated. The working of iptv and the internal procedure of sending and receiving signals from the satellite to the rooftop antenna can be easily understandable from the above-discussed data.

Google’s Gmail Goes Down Users Report a Variety of Problems