Will the Fight Between Manny Pacquiao and Mikey Garcia Ever Come?
Advertisement 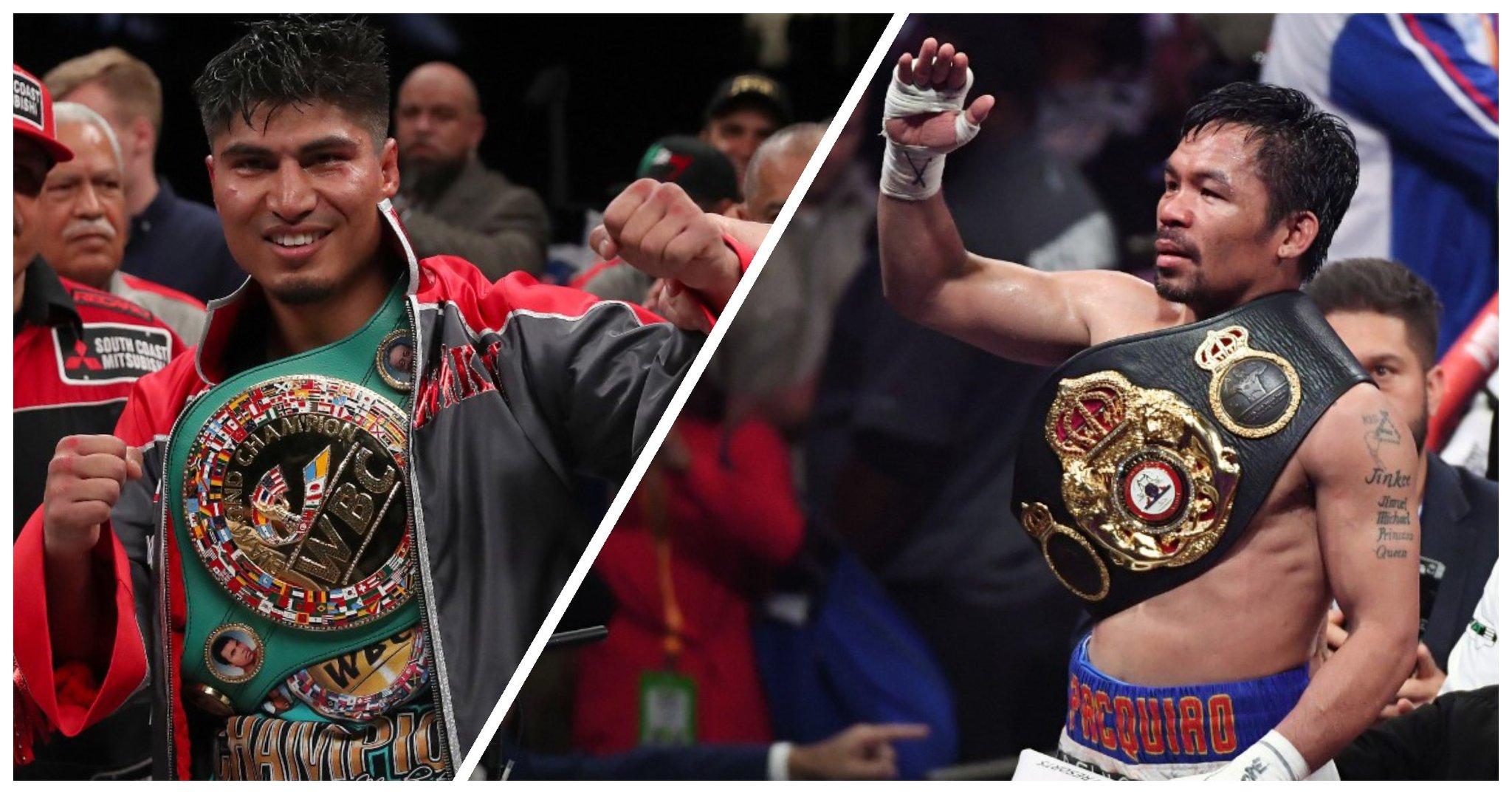 Boxing fans have been eagerly waiting for their beloved Manny Pacquiao’s next fight, and his potential opponent Mikey Garcia has too.

Mikey Garcia versus Manny Pacquiao has been on the lips of media outlets and fans alike for some time now. Garcia is often mentioned as the guaranteed opponent for the Pac-mans next boxing fight. Before the pandemic halted sporting events, Garcia and Pacquiao were set to face off in the ring.

In February of this year, Pac-Man revealed that he was in training camp for his next contest. But three months later, here we are, and not a single word from Pacquiao or his management. A potential fight with Terence Crawford also fell through.

Mikey Garcia discussed his negotiations with WBN to say that much interest has been expressed in making the fight occur, but the deals continue to fall through.

Garcia continued to tell WBN that Pac-Man has too many advisors involved in his matchmaking, and finding the actual manager who will strike the deal is almost impossible. He expressed that you talk to one person about striking a deal, only to find out there are more people to go through.

“We’ve been close to getting something, but we just haven’t been able to lock it in. We feel we’re almost there, and then it just doesn’t quite get there,” Garcia explained. “The pandemic has been part of it. Initially, we thought it would be sometime in May. This was a few months back, like January, February. Now May is out, June is out because we’re not there yet. We need time to promote and to work and train. We’ve had all these ideas and conversations and just haven’t been able to lock it in.”

The 42-year-old boxing legend hasn’t fought since July 2019, and retirement talks have been linked with the announcement of his next fight. At this point, a gambling man would bet his money on the fight never coming to fruition not even the biggest casinos like BetMGM have odds. And, perhaps, Pac-Man wants to be optimistic that he goes out on top, or at least to the right opponent. Either way, longing out the process by holding Mikey Garcia over a barrel isn’t the professional way to go about things.

The former champion continued to reveal that he hasn’t made any ridiculous pay-out demands because he’s entirely aware that fighting a legend like Pacquiao will do great things for his legacy. Still, he also realizes that Pacquiao is very close to retiring, so securing the fight as soon as possible is necessary.

However, because negotiations are beginning to sideline Garcia more than he’d like, his attention is starting to sway in other directions. Pacquiao has remained the fighter of choice of Garcia, but he is no longer going to put all of his eggs into the Pac-Man basket.

The ideal situation for Garcia (40-1, 30 KO’s) is to face the former eight-division world champion Pacquiao but spending additional time outside of the ring is turning his attention to the winner of the upcoming super-lightweight title fight between Mario Barrios and Gervonta Davis.

“It’s not going to be an easy match for Tank. Tank is a terrific fighter but moving up to 140 and fighting a big guy like Barrios is not an easy task.

“But if things go well on his end and that is an available fight, sure I’ll entertain that offer. I can probably get a fight against him.”

However, Garcia implies the fight is far from in the works, having previously trained with Barrios.

“But the same thing with Barrios. This is an excellent opportunity for Barrios to get his name out there and show what he’s made of.

“He’s already an interim champion for a reason. He’s a terrific fighter. I’ve trained with him, and I know him.

“That’s also a boxing matchup that could happen. If Barrios wins, that’s an opportunity for me too. There are other names out there. Tank is one of them. We have to let time decide.”

To conclude, Garcia wants the Pacquiao fight to attempt solidifying his reputation, but if other fights become available, he won’t be declining the big offers to wait around any longer.